Half A Million Thank Yous 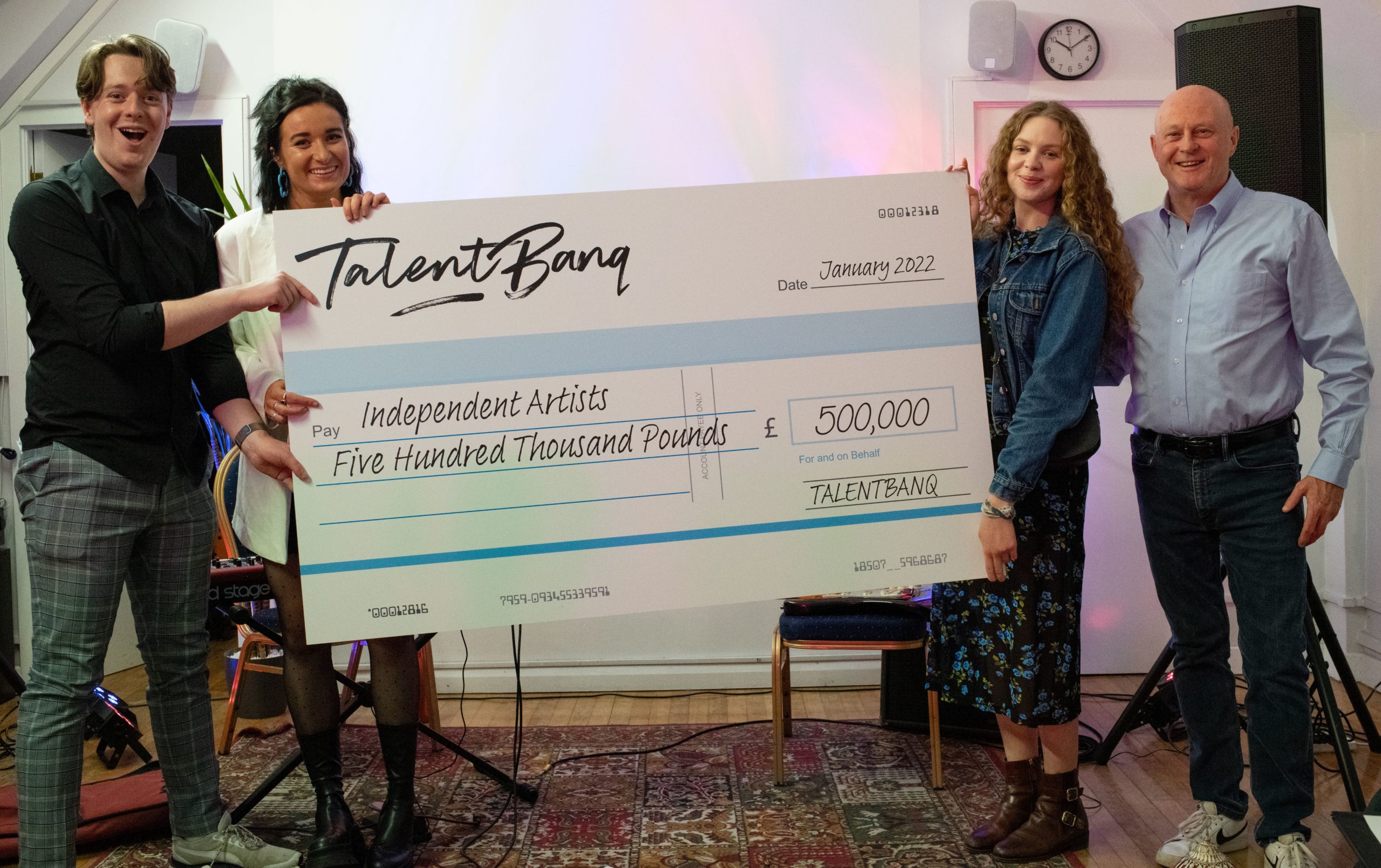 Last night at The Camden Chapel TALENTBANQ presented a cheque for £500,000 to the artists that had just performed.

At an intimate 40 cap venue this was certainly not the box office take for the night.

It actually represented the fees paid to Independent Artists and Technicians since the company was founded in 2017.

“What started as an idea with fellow founders Lord Mervyn Davies and Pablo Ettinger has grown into something quite special. We found a group of incredibly supportive investors and have since sought to discover, nurture and promote great independent talent.

It’s been a roller-coaster ride, especially with the challenges of the last two years but last night just showed the importance of supporting the grassroots music scene in London.

The Masters Degree students of Tileyard Education staged a stunning show at our Camden Chapel venue. A glimpse into the future of live music.

We would like to thank everyone who has supported us along the way.

It’s our ambition to turn half a million thank yous into a million.”