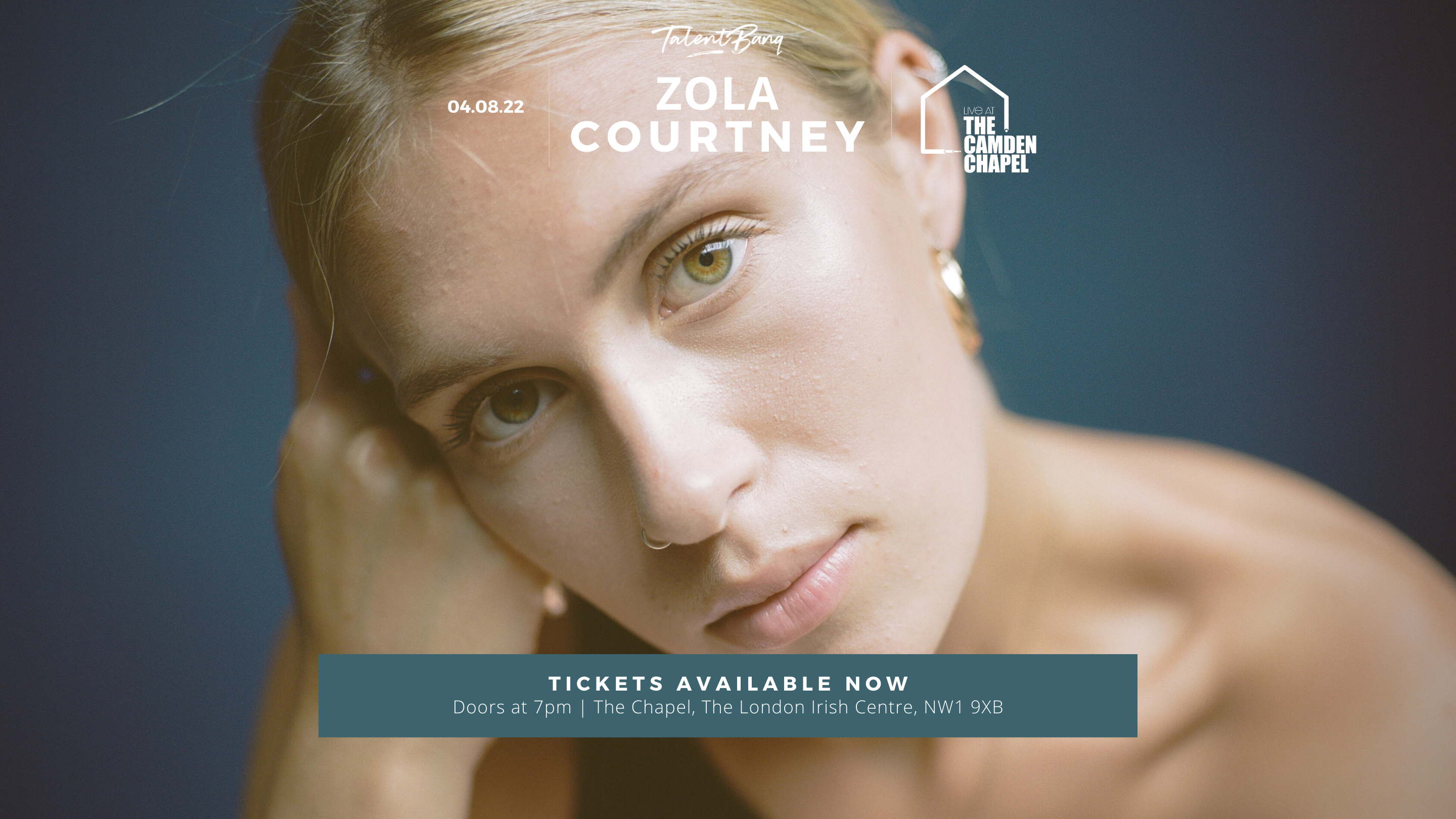 Zola Courtney will be doing a stripped back, intimate performance at Camden Chapel this August showcasing new music as well as songs already released.

The London based singer/songwriter from Cornwall credits her soulful sound and honest lyrics to the artists she grew up listening to such as Aretha Franklin, Lianne La Havas and Sam Cooke.

Support to be announced soon.