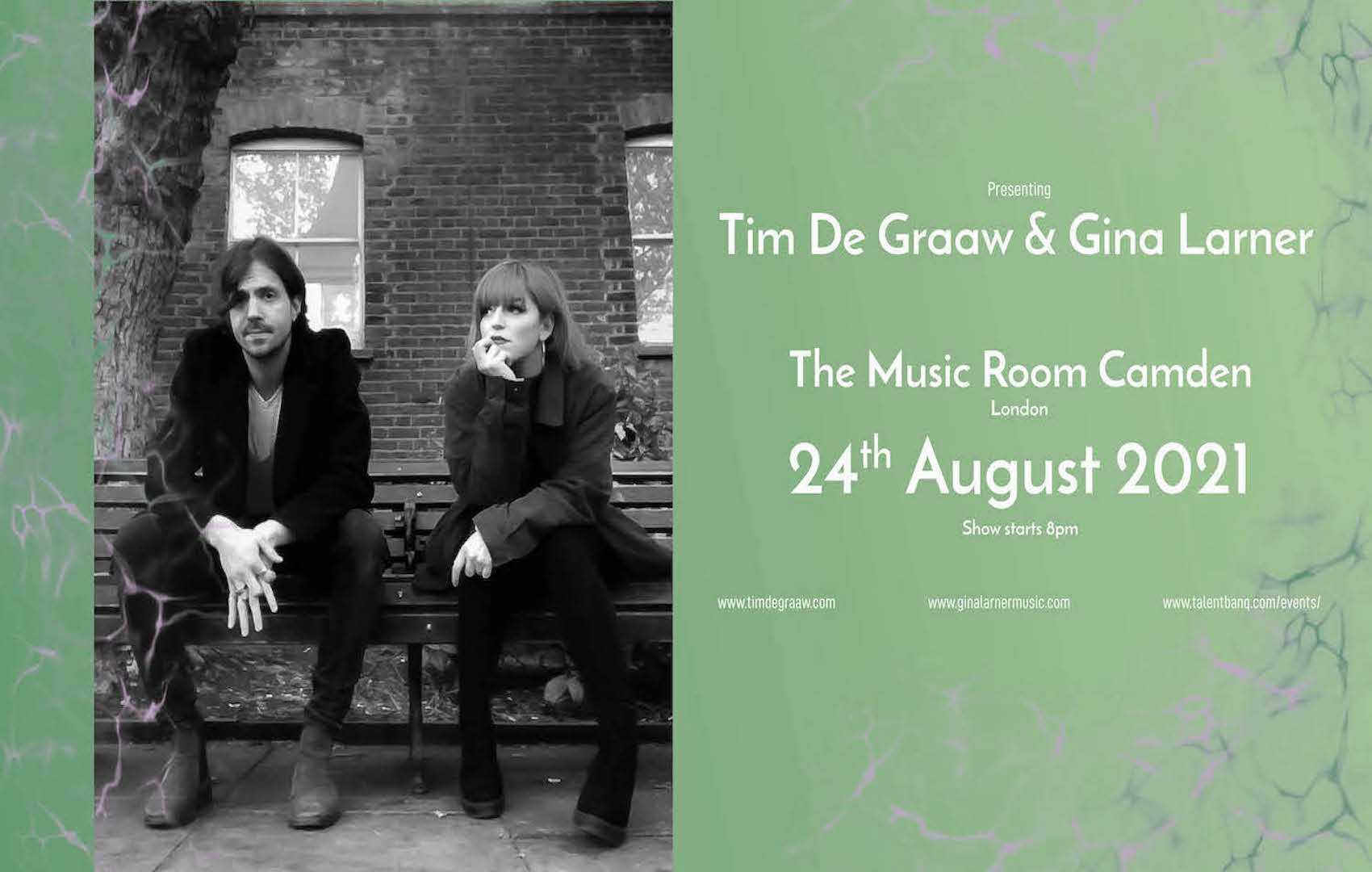 The third was the night I found the Spiritual Bar (Camden), Rafa the owner said, “you can play here if you can play the blues”. That place became my home. A true community of musicians who just wanted to play honest music. Without it, London didn’t make much sense. But if my soul is in Camden, my heart is in Nashville and I feel most at home in the world of blues-rock and Americana sounds.”

Tim De Graaw is a South African born singer-songwriter living in London (UK). Described and compared to the sounds of Tom Petty & The Heartbreakers, Springsteen, Dylan and Clapton. Having studied at Berklee College of Music, he cut his teeth over the past seven years in bands and as a solo act touring the US and Europe.

Tim is currently working on a band project in London with John Porter (The Smiths, B.B. King) and promoting his latest releases ‘Amber Light’ and ‘Magnolia Blue’.

Singer and Songwriter Gina Larner is the new folk singer with a country, pop twist…

Gina Larner is a singer/songwriter from Brighton, who’s original songs are a mixture of beautiful folk with influences of country/pop.

Gina’s reviews describe the performances as having “bewitching folly tones and weaving an intoxicating spell of guitar…” (SLAP Magazine).

As an established artist, Gina has recently opened for Matt Owens (Noah and the Whale) and is playing multiple festivals this summer, including Wychwood.

Under new management and recording contracts secured, there will be exciting new music being released over the coming months including the

Christmas single ‘Christmas With You’ which was released November 2020.