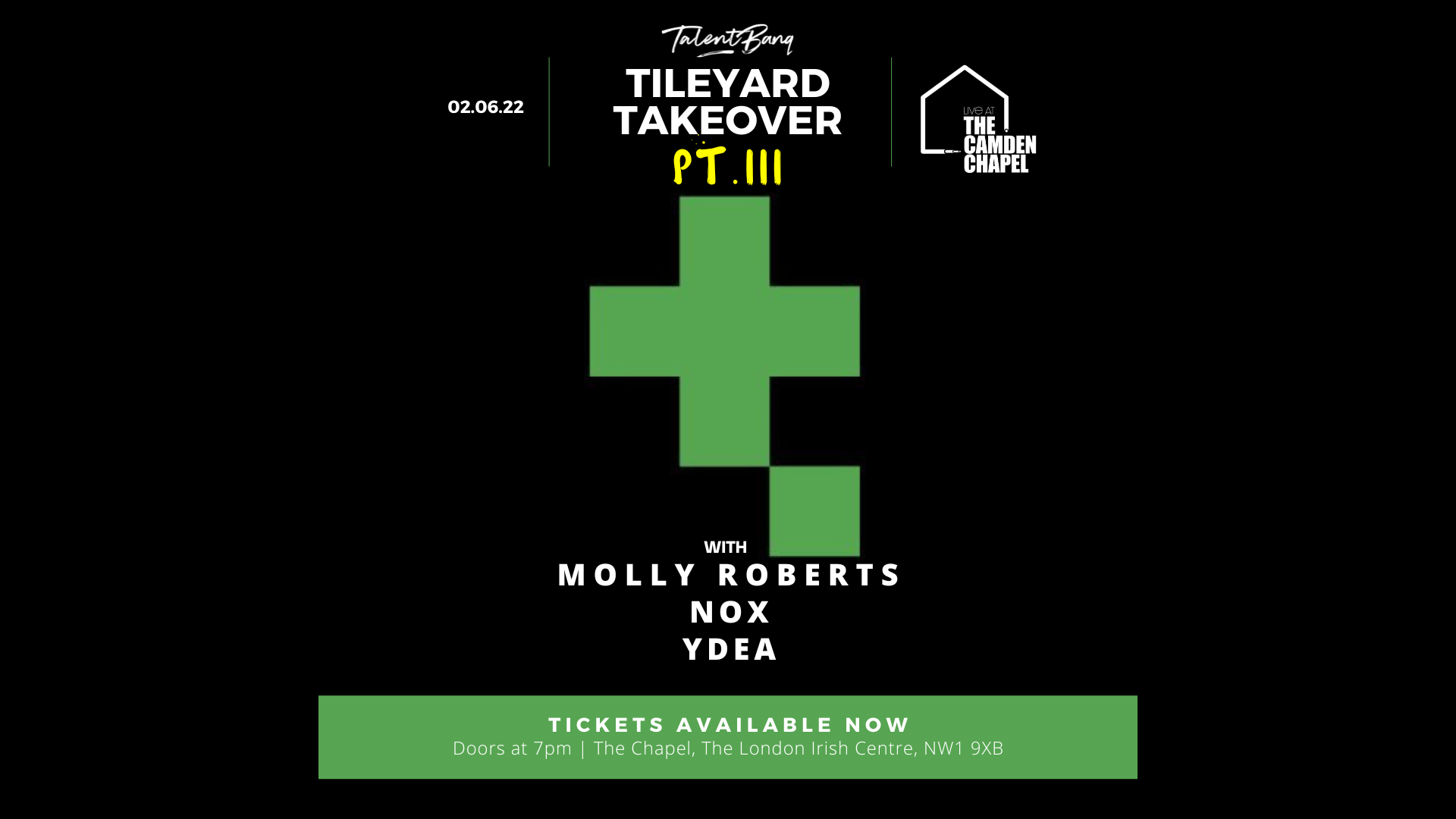 The TILEYARD TAKEOVER PT.III at The Camden Chapel | An acoustic ‘listening’ music venue operated by TALENTBANQ

Following the huge success of the opening Tileyard Takeover event in January and the sequel event in February, the Tileyard Education students are completing the trilogy by returning to the Camden Chapel to organise, host and perform a third evening of incredible live music.

As previously, we will be welcoming three fantastic new musicians to the stage, all of which are currently students at Tileyard Education.

With her heartfelt vocals and soaring melodies, 21-year-old, Welsh singer-songwriter and multi-instrumentalist, Molly Roberts is one of the UK’s most exciting emerging talents.

Molly spends her time performing every week in and around London, co-writing with other artists and working on making a sound which is both unique and timeless. Molly’s début single ‘Wings To Fly’ comes out on 8th April

NOX is a queer female dark-pop artist from London and the alias of actress Bash Dee.

Drawing influences from BANKS, Billie Eilish and NOVA NORDA, NOX is determined to introduce the modern dark-pop genre to the mainstream Turkish music scene and amalgamate the two as a way of paying homage to her heritage.

The Danish singer & songwriter YDEA has been based in London since 2014 when she moved to study her undergraduate in Music.

Inspired by artists such as Bon Iver, Matt Corby and Joni Mitchell she has created a unique sound that draws from Scandinavian melancholia mixed with contemporary Indie/Pop.

All box office receipts will be paid to those performing on the night.