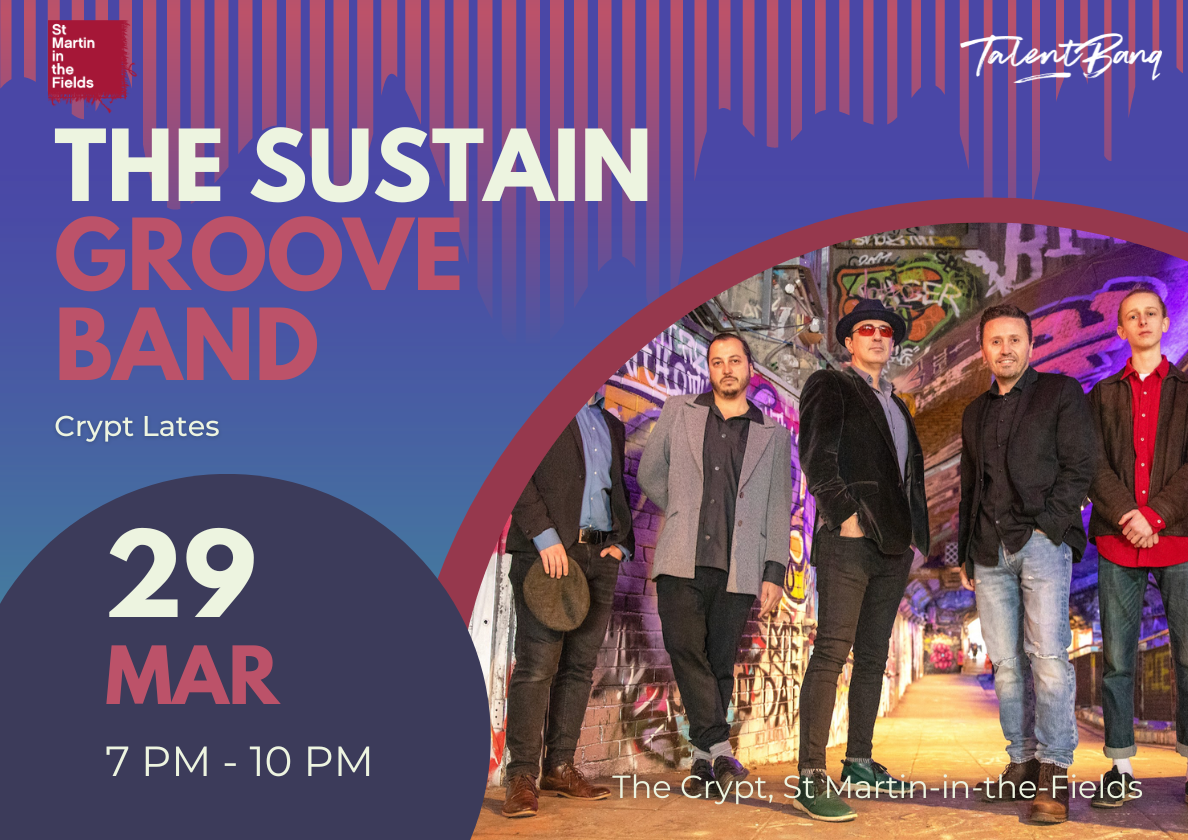 The Sustain Groove Band brings the party. You can dance the evening away, or kick back and soak up some funky vibes.

Their repertoire features the classics from James Brown, The Temptations, Bill Withers, Average White Band and Prince, as well as more modern tunes from Galactic, Mayer Hawthorne and many more.