The Round Up: Country in the Crypt | Crypt Lates 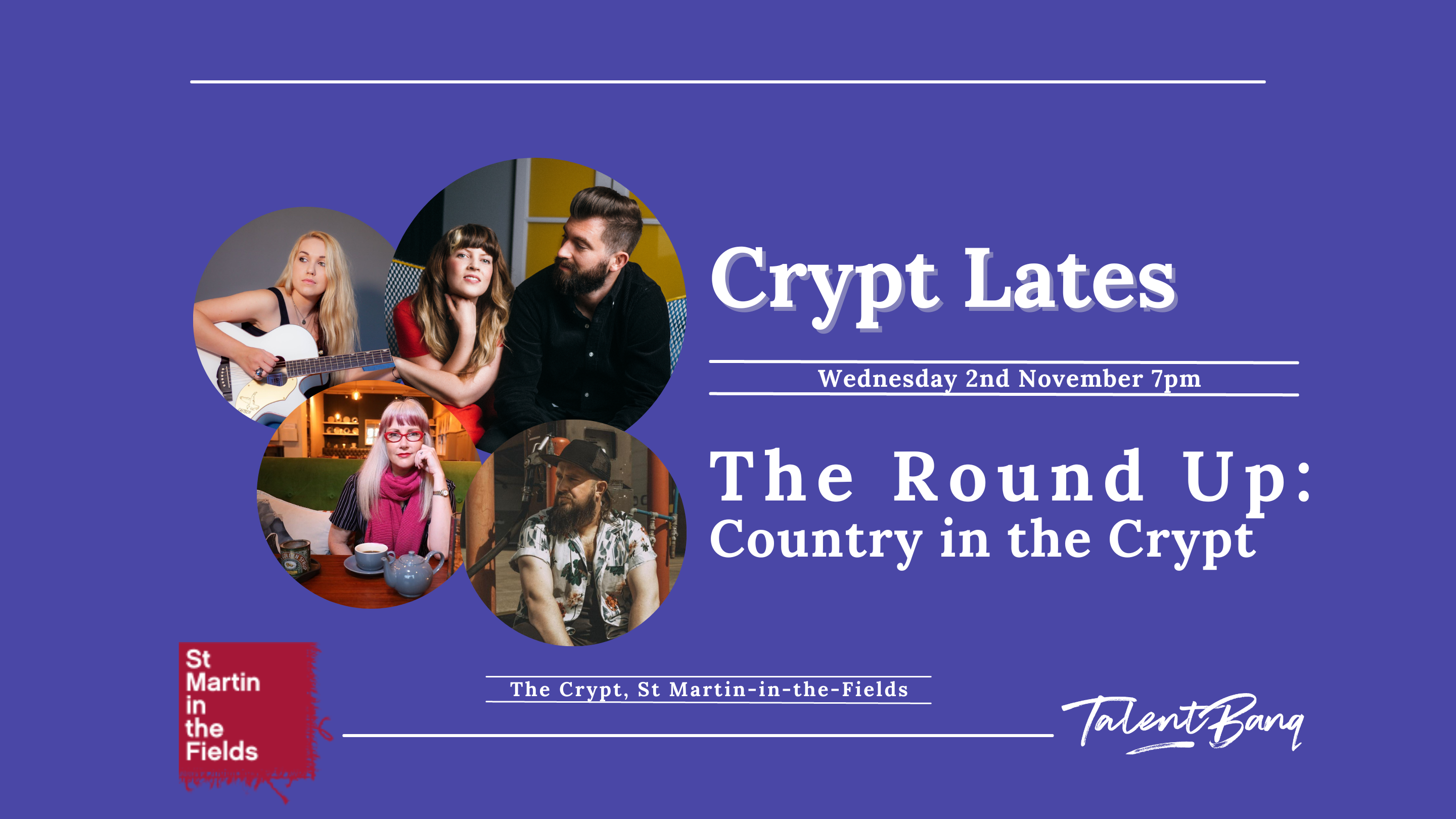 The Round Up: Country in the Crypt | Crypt Lates

This is a “don’t miss” night at The Crypt

Two Ways Home are back with another great line-up of exceptional artists.

Songwriters rounds traditionally started at the Bluebird Cafe in Nashville, Tennessee many decades ago but this type of performance has only recently become popular in the UK.

Four acts sit on stage taking it in turns to perform and give insight into their songs and lives.

What makes this night truly unique is the opportunity to see artists jamming and singing along with each other in a way that will never be replicated. This makes The Round Up truly unmissable – and a lot of fun!

Americana, with a gritty twist. Emilia has been described as a firecracker, breaking the mould of modern Americana and roots music by bringing her own unique spin. With powerful yet husky vocals, her songs tell stories while blowing audiences away with musical skill. Spanning from badass anthems to heart-felt ballads, Emilia reaches deep into her soul and presents it with astonishing honesty on stage and in her records.

My Girl The River

My Girl The River is the work of American artist/songwriter Kris Wilkinson Hughes.

Kris injects her pop melodic influences into an Americana/folk style, adding a dash of southern Louisiana and Nashville flair.

‘Nashville Meets Southern Gothic’ with 8/10 from AmericanaUK, Kris has been compared to Lucinda Williams and Joni Mitchell and has performed with artists like Kim Richey and Suzanne Vega. She is currently touring with artists Kate Ellis and Anna Howie as The ARC Songwriter Tour.

Tim is an award winning artist, songwriter, producer & radio presenter currently working out of his studio in North London, UK.

As founder of the UK alt-country band, ‘The Wandering Hearts’, he was signed to Decca/Universal & enjoyed success both in the UK & in the States & has played such legendary venues as The Grand Ole Opry, The Ryman Auditorium, Bluebird Cafe, Graceland & Hyde Park & shared stages with the likes of Chris Stapleton, Marty Stuart, Stevie Nicks, Robert Plant, Mumford & Sons.

With such a huge body of work to his name, he has amassed over 30 million streams on Spotify & is now cementing himself as one of the leading lights of country music coming out of the UK.

Come see The Round Up perform here on Wednesday 2nd November!