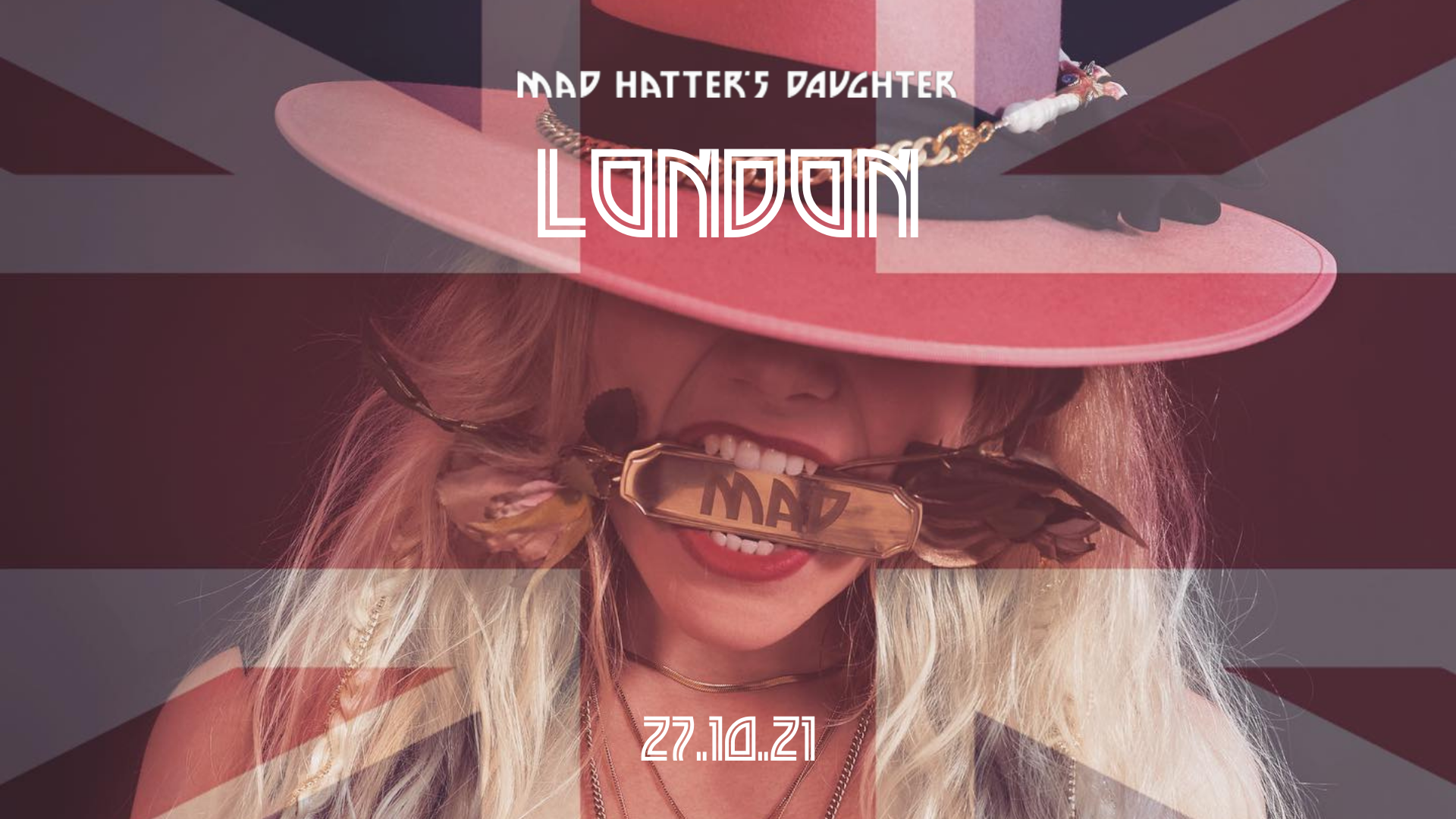 In a world that would conspire ways to separate us “Mad Hatter’s Daughter“ the German/English Alt Pop band have made an album inspired by the one thing we all share… a very human experience.

In a call for more bridges and less walls “Where Are We Runnin” is a deeply relevant album of thought provoking lyrics, redemptive & rousing vocals in a sonically powerful & timeless production.

“Every adventure requires a first step” – The Cheshire Cat

The idea behind “Mad Hatter’s Daughter” came to Buzz T. Isles the very first time he  heard his wife Kira sing. Having worked as an audio engineer, he knew she had something special.

A few months later, the couple released a cover of Trent Reznor’s “Hurt”. The popularity of the video with its raving reviews inspired the duo to go even further.

Eager to create songs for people all over the world and not just in Germany, the duo invited British friend and songwriter Josiah Smithson to the party.

The creative combination of all three members clicked immediately and opened doors to the UK in a rekindling of the historically significant musical relationship between Hamburg and England.

Their first EPs “Life Affairs” and ”Walk with me” secured the band over 3 million streams and 20 weeks of airplay in the German Charts.

After a sold out tour in Germany and a few small festivals in the UK, the band joined forces with Grammy nominated engineer Jeremy Murphy (Adele, Sam Smith, Emeli Sande, Robbie Williams) to work on their  upcoming album “Where Are We Runnin”.

Jez helped to achieve the dynamic sound the band were after – a sound that tips its hat to both younger and older generations.

Based in London but originally hailing from Hitchin, Hertfordshire, Alex Francis first introduced himself in 2017 when he was invited to be the guest vocalist on the Melanie C’s single ‘Hold On’.

Following the release Alex was invited to tour the UK and Europe with Melanie.

The same year Alex performed at the Isle of Wight Festival and at British Summer Time in London’s Hyde Park.

Shortly before Covid 19 hit, Alex completed his first headline tour of the UK and Germany. He is planning a return to European soil as soon as possible.

Most recently Alex has been developing new material with songwriters Mark Taylor and Patrick Mascall of Metrophonic Productions.

He has just announced a load of new live dates for 2021 including Goatfest Festival (August 27th) and The Half Moon, Putney (July 31st).