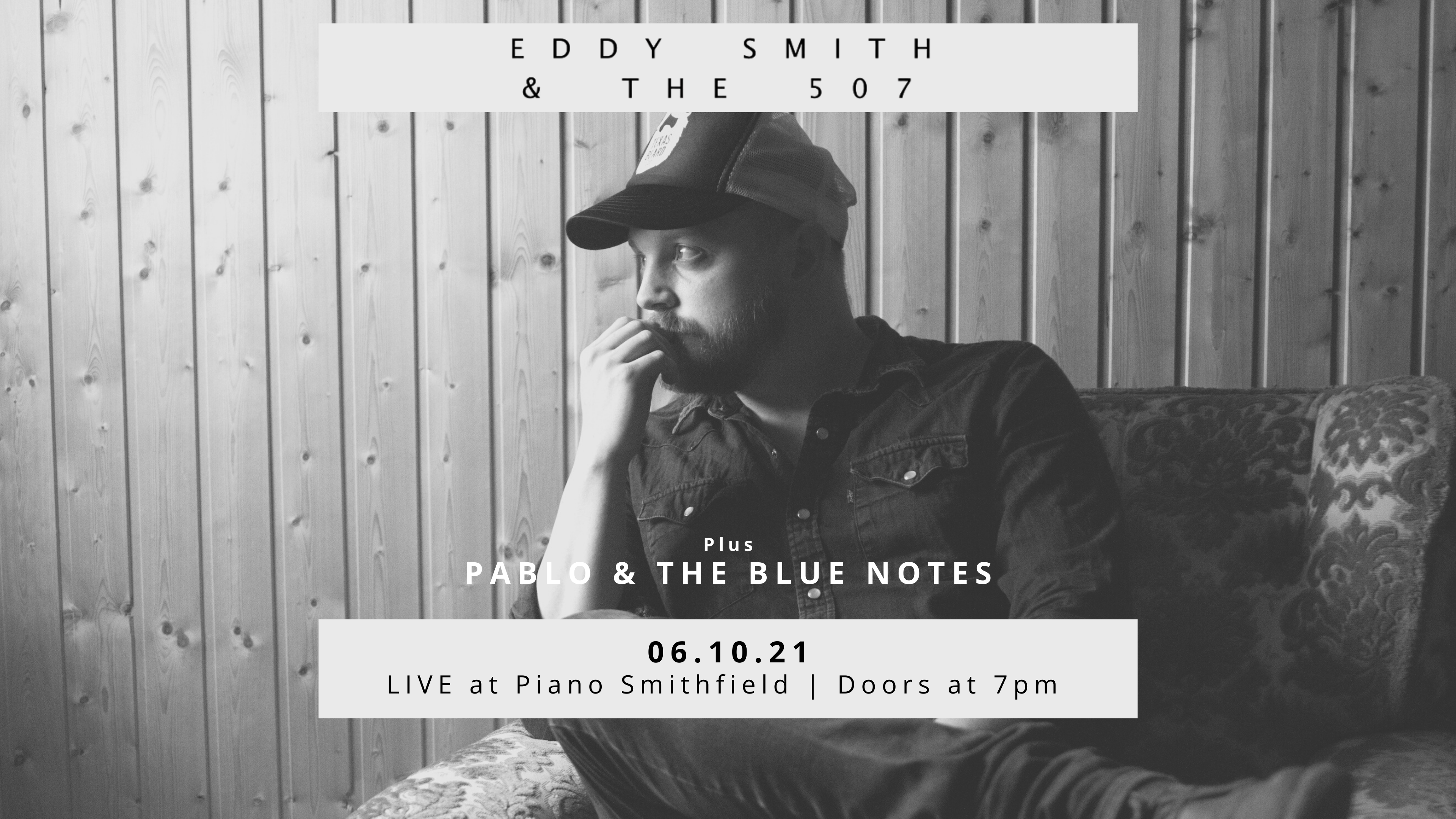 With, returning by popular demand, an opening set by Pablo & The Blue Notes

Captivating audiences with his uniquely husky voice and tasteful piano accompaniment, Eddy Smith has been making his mark on the UK’s growing Americana scene. With his soulful melodies and infectious song writing, the singer’s stylistic delivery has been compared to the likes of Joe Cocker, JJ Grey and Marcus King to name a few.

Backed by his long-time friends, they form the multinational five-piece, Eddy Smith & The 507. Their music, engulfed by rich vocal harmonies, soulful organs and bluesy harmonicas is reminiscent of a sound from way before their time. With an irresistible blend of various Americana styles, such as Blues, Folk, Country and Rock, the quintet take a leaf from the books of Nathaniel Rateliff, The Band, The Eagles and countless other pioneers of their Genres.

Following their performance at The Isle of Wight Festival 2019, the band released their debut album, and received rave reviews after selling out their launch party in London. With both national and international radio play, their songs can be heard over the airwaves across the globe.

Following the success of last time, we absolutely had to have the amazing Pablo & The Blue Notes back!

A unique jazz trio formed during Covid lockdown which has Pablo Ettinger on keyboard bringing a new meaning to free jazz, the inimitable Guy Willner on double bass and the real driving force of the band, Migdalia van der Hoven on drums keeping the boys on the straight and narrow. Classic foot tapping jazz with a few surprises thrown in…