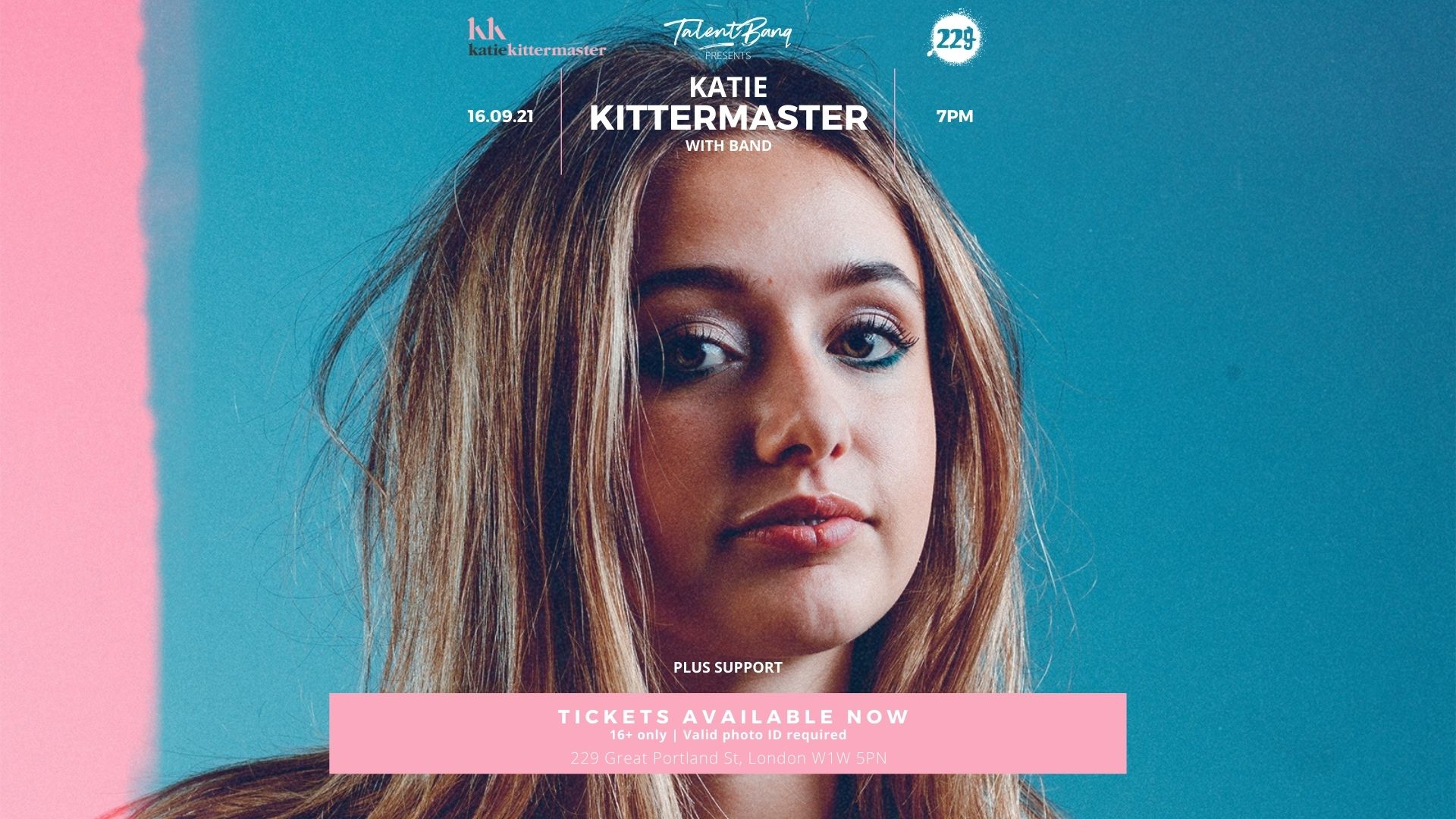 Katie will be performing with her band LIVE at 229’s Venue 2, Great Portland Street on Thursday September 16th.

Support act to be announced.

Katie was scheduled to play the smaller Camden Chapel on May 14th 2020.

Although the gig was Sold Out it could not proceed due to the first government lockdown.

Over the past year, however, Katie’s recording career has flourished and she has significantly grown her fanbase.

June 2020 saw Katie sign to Revanche Records, releasing a series of singles which have increased Katie’s fan base and seen her pass 1 million streams.

Given all this success, the move to a larger venue was inevitable and so TALENTBANQ is delighted to announce Katie’s first London Headline show with her Band.

Make sure you are among the first to enjoy Katie’s new music LIVE at her first London Headline show with her Band.

All over-16s are welcome in an environment that will be friendly and safe.

Katie Kittermaster is a British singer/songwriter.

Her vocals are haunting, emotive and distinctive, her writing is fresh and honest.

She bases her songwriting on relationships, which resonates well with her target listeners.

She’s funny, quirky and her anecdotes are popular with all audiences.

Join her on Thursday 16th September when she will be performing with her band for the first time!