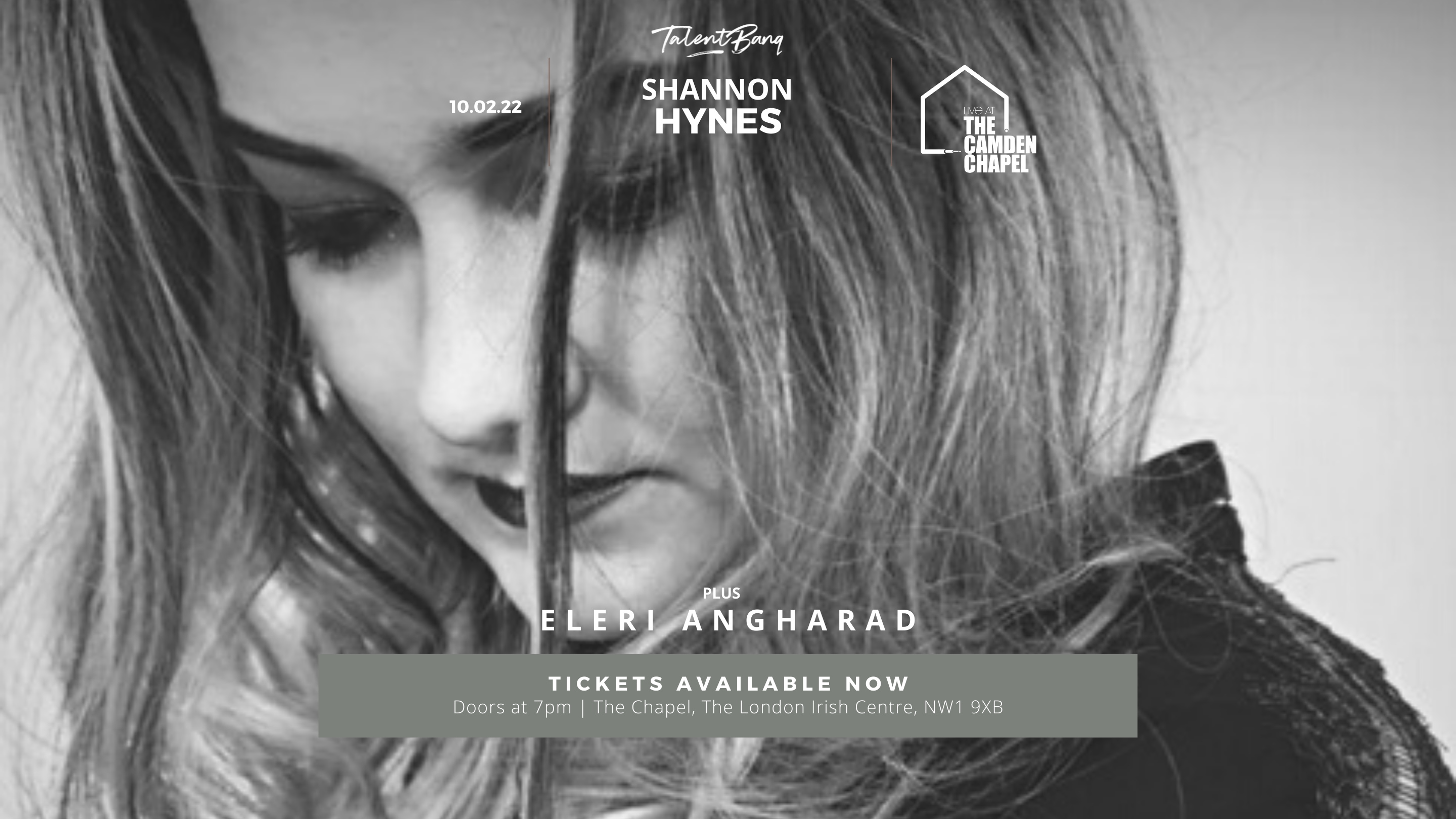 Shannon Hynes is an independent, Welsh songwriter and artist drawing influences from the Country, Americana and Folk genres. Shannon pairs an organic, traditional instrumentation with her deep intricate lyrics, all upheld by the dulcet innocence of her vocal. Receiving comparisons to modern leaders in the genre such as Kacey Musgraves and Clare Bowen, she has also been likened to legendary musical icons such as Dolly Parton and Emmylou Harris.

The The unapologetic way in which Shannon conducts herself and her music exemplifies why she has gained such great respect on the UK Country scene and is described as the ‘one to watch in 2021’.

With an opening set by Eleri Angharad

Eleri Angharad is a country and pop artist from Swansea, Wales. Inspired by a North American road trip where she performed in Nashville, Chicago and New York; Eleri writes and performs music that captures the traditional country music storytelling with catchy pop melodies.

She draws influences from James Taylor, Kacey Musgraves, Taylor Swift and many more from that roadtrip.