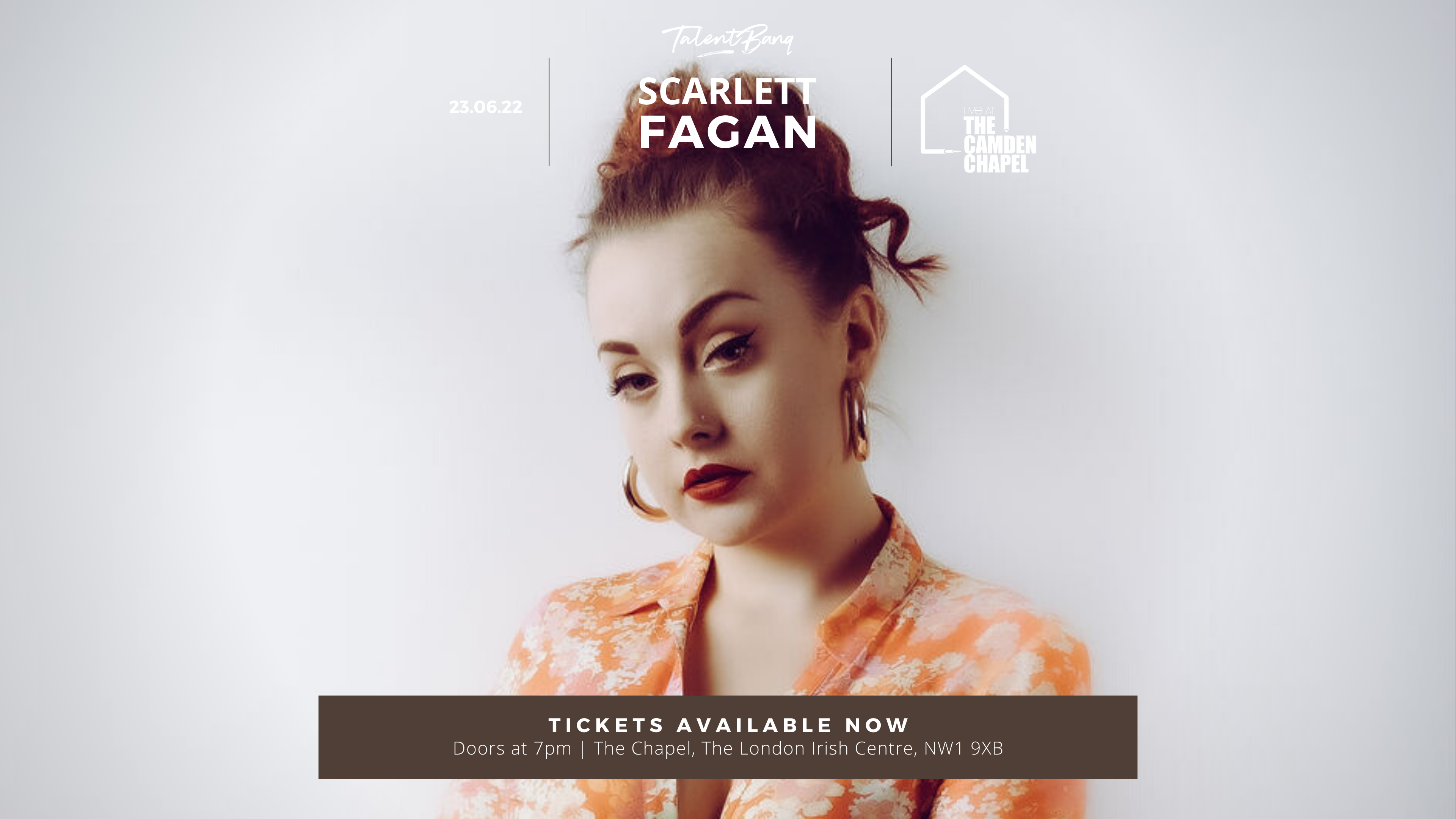 Scarlett Fagan is a London born, Bristol based soul singer and songwriter. She has been touring across the UK and Europe with a popular soul/rock’n’roll band called The Hawkmen. They have been featured regularly on The Craig Charles Funk & Soul show on BBC Radio 6 and have also supported Craig Charles whilst on tour.

Scarlett is extremely excited to be releasing her first solo album on 13th May 2022. The album was written by Scarlett during the throws of the pandemic and it has been produced by the genius, Matthew Dyer who will be accompanying her on the evening of 23rd June.

Drawing inspiration from soul/jazz legends such as Amy Winehouse and Etta James, the songs that Scarlett will be performing will be raw and honest but with a seductive, sultry edge.