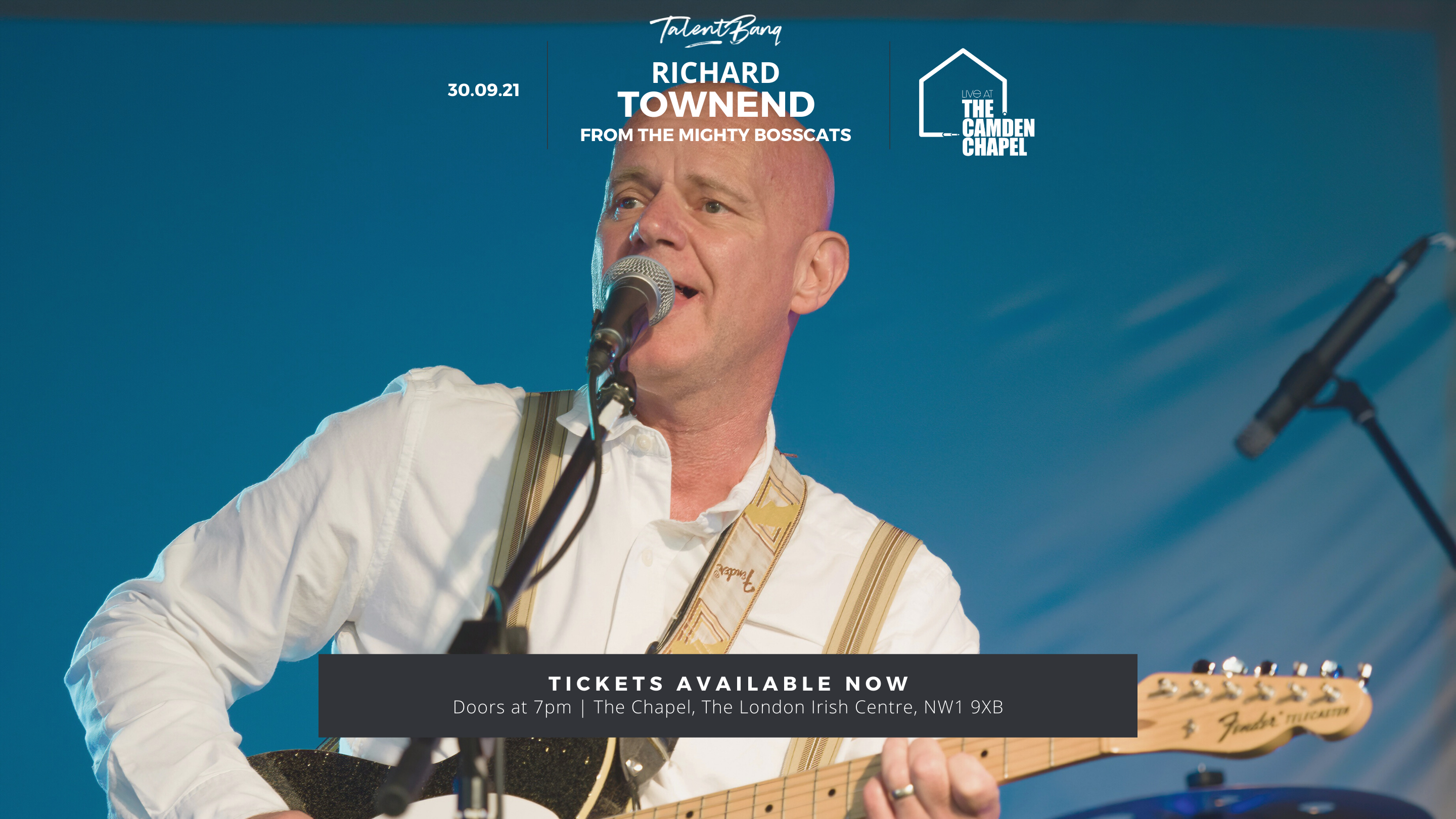 Richard Townend from The Mighty Bosscats

Richard Townend is a guitarist, singer-songwriter and he plays for the Mighty Bosscats as well as a solo artist.

He has 12 albums to his name and been nominated over 5 times for song writer of the year by the British Blues Association as well as having album of the year nominations and 4 number 1 albums in their chart.

His style is laid back and often compared to JJ Cale, Dire Straits and Chris Rea, cool laid-back Americana.

He originally studied guitar at Leeds College of Music and went on to do play with diverse acts such as Ronnie Corbett, Dana, Tony Christie and the Platters.

Disillusioned with the scene he left music and only returned in the latter part of the noughties, when a chance jam session wetted his appetite again and he set about writing and performing once more.

“It’s hard not to view Townend as a sort of latter-day Mark Knopfler. His lyricism and fretwork both share echoes of the former Dire Straits leader” – Elmore Magazine New York

“Always working on musical projects, he seems to have incredible energy and a wonderful grasp on blues and light rock based modern music” – Blues Matters

“Melancholic, relaxed and enthralling: Richard Townend is a fascinating songwriter in the world of Blues. With The Mighty Bosscats he has a band on the side that make his songs prime examples of contemporary blues ….” – Wasser-Prada.de

All profits from the evening will be donated to MIND, an incredible charity who provide advice and support to empower anyone experiencing a mental health problem. They campaign to improve services, raise awareness and promote understanding and are an organisation well worth our support.