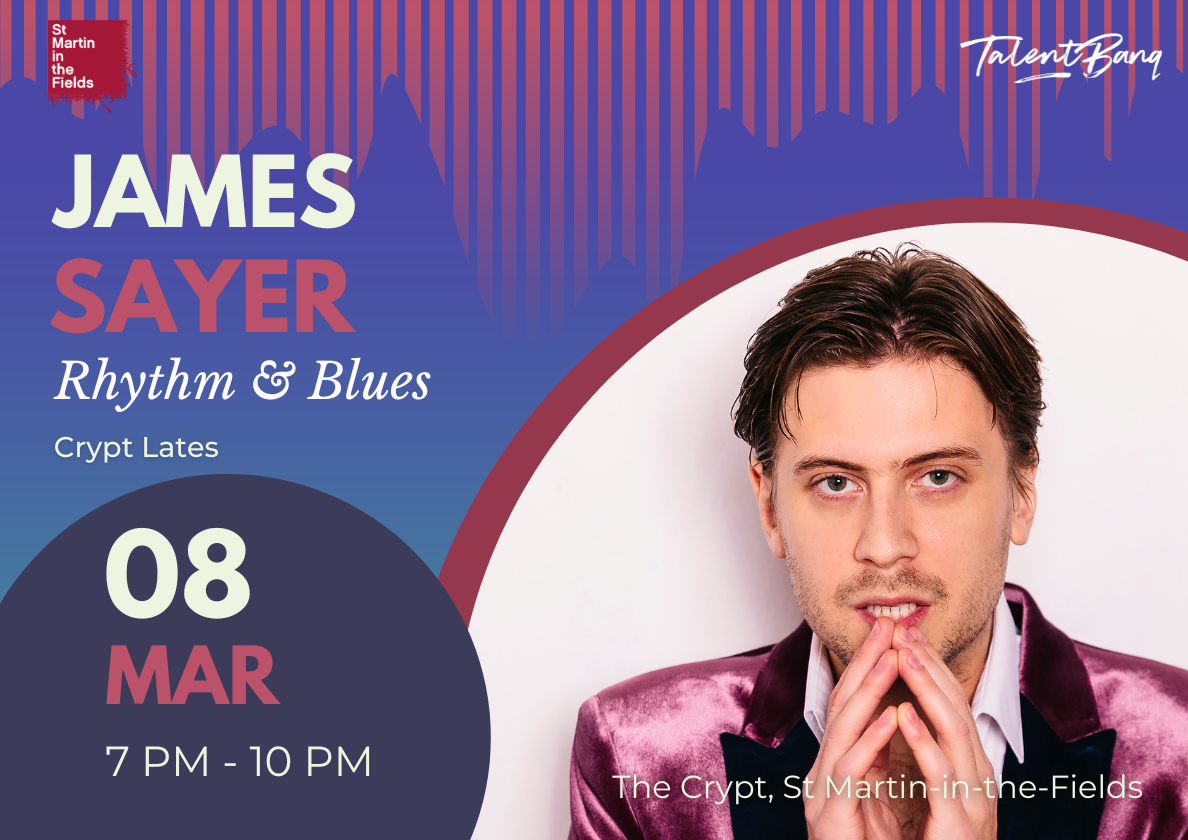 We’re turning the crypt into a Jazz Club for the night!  After his Sold Out shows in 2022 James Sayer and his red hot band return. James will be taking us on a journey of the songs and musicians that have influenced his career.

Be ready for a glorious mix of Jazz, Funk, Soul and Blues.

James Sayer, originally from the West Midlands hails from a hugely musical family where he grew up playing Rhythm & Blues music, firstly on piano then adding saxophone, guitar and vocals into his skill set. Developing a fascination and love of music at a very young age, he spent his hours learning and digesting music from artists such as Jerry Lee Lewis, Elton John and Van Morrison.

He has recorded in London and Nashville – and is renowned for the enormous sense of fun he brings to every live show.