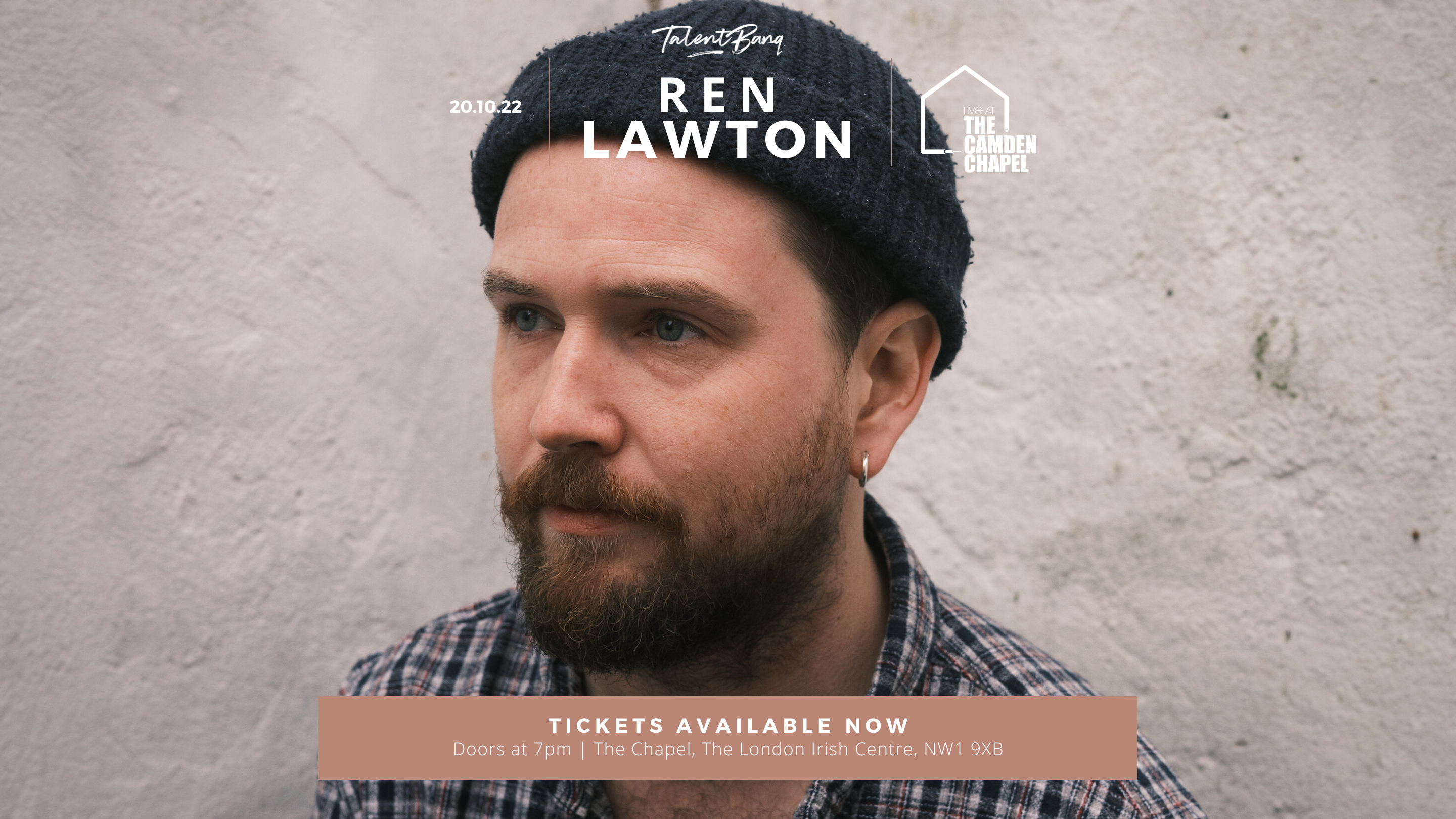 Ren Lawton returns to London on his first headline UK tour in support of his critically acclaimed debut album ‘Today Today Tomorrow’. With a notable ability to play a varied section of instruments – from guitars and trumpet to harmonica and piano – Ren was able to create mature vignettes inspired by the great storytellers from music and beyond such as Bob Dylan and Frank O‘Connor. The result is debut album, Today Today Tomorrow; a collection of songs, emotive and personal, cutting right to the heart of who Ren is.

Today Today Tomorrow is distinctive album drawing inspiration from British folk traditions, Americana, blues and soul. Ren illustrates his eclectic methodology through the gentle soothing of lead single and album title opener, to the playful, uplifting bop of ‘Thinking About You’. As you move through the record the multi-genre variety becomes ever more apparent. From the ethereal beauty of ‘Willow’ and ‘Come All You Mourners’ to the harmonica-filled crescendo of ‘The Writer’, Today Today Tomorrow dazzles throughout.

Ren’s atmospheric brand of contemporary folk has resonated far and wide. With over 1 million Spotify streams of single ‘Piece of Your Heart’ as well as airplay on Tom Robinson (BBC Radio 6), BBC Wales, BBC Newcastle and BBC Bristol.

“…a compelling frontman with a variety of tricks up his sleeve, meant for musical innovation…” – For Folk’s Sake

“The new album is certainly one to watch out for.” – Americana UK

“…a sound that feels undeniably charming…” – Thank Folk For That