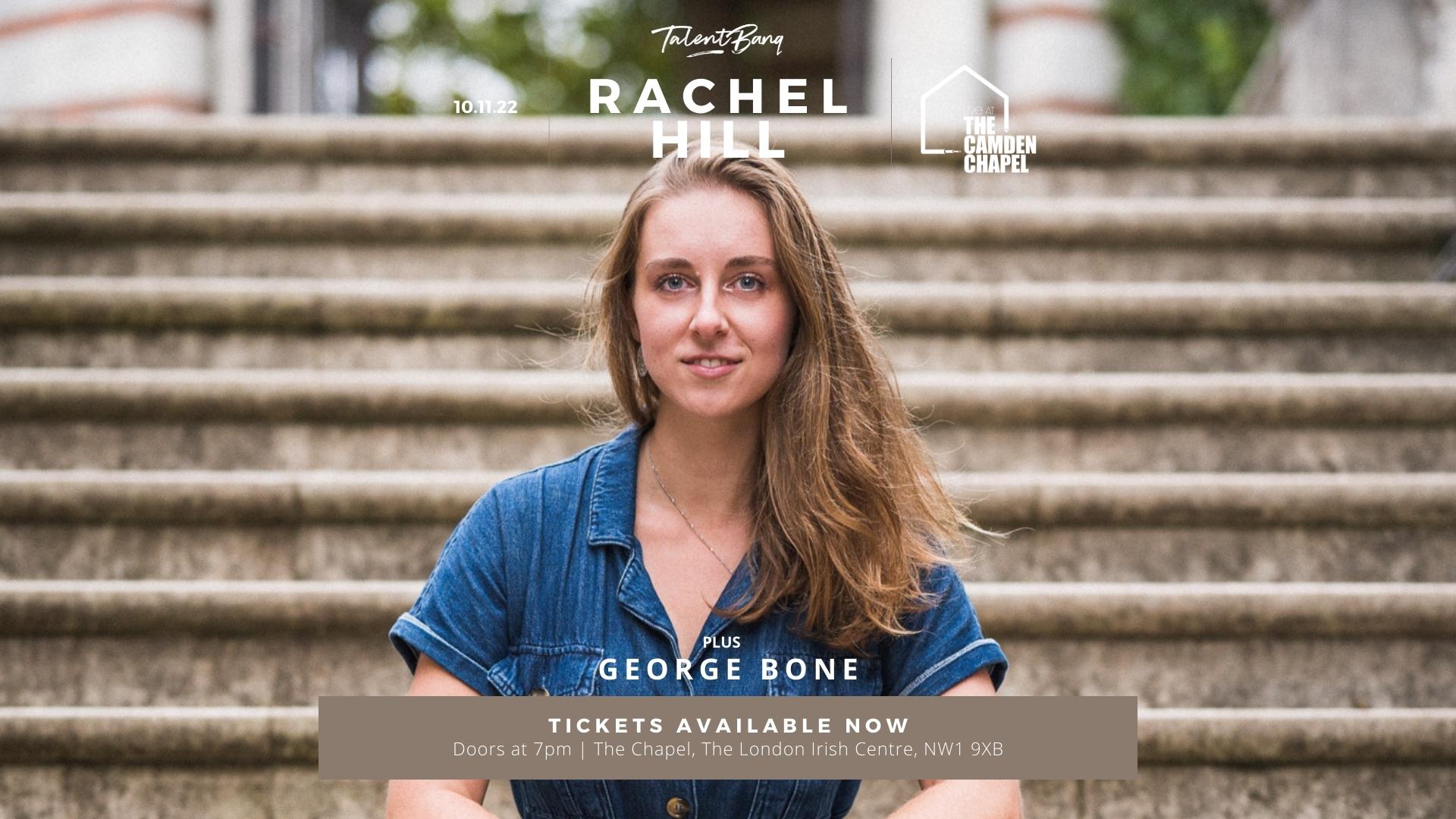 Rachel is a British, acoustic singer-songwriter. Identifying as an indie folk-pop artist, she draws influence from The Staves, Birdy, Ed Sheeran and Eva Cassidy. Having previously studied as a classical soprano, Rachel draws particularly on her unique high notes which characterise much of her music. Rachel’s choral background also explains her mastery of vocal live looping, bringing songs to life later by layer before the audience. Having recently completed a Masters in Commercial Songwriting and Production at Tileyard, London, Rachel has already made a mark on the capital’s music scene, and is certainly one to watch this autumn.

This unique and intimate acoustic evening will mark the end of Rachel’s UK tour this autumn.

With an opening act by George Bone.

George Bone, a student in Commercial Music Production at Tileyard Studios in London, is a singer/songwriter based in Essex.

His stripped-back acoustic takes on the contemporary pop scene are inspired by his love of neo-jazz artists such as Tom Misch, as well as country singers including the likes of Luke Combs and Chris Stapleton.

Since being debuted on BBC Radio Essex in January 2019, George has gone from strength-to-strength, becoming a KALAB artist in February 2020 and – from then on – performing at a multitude of venues across the United Kingdom.

Filling his set with a blend of unique covers & intricate originals (and as commented on by Hatfield College, Durham), George’s “incredible voice makes [him] a pleasure to listen to”.