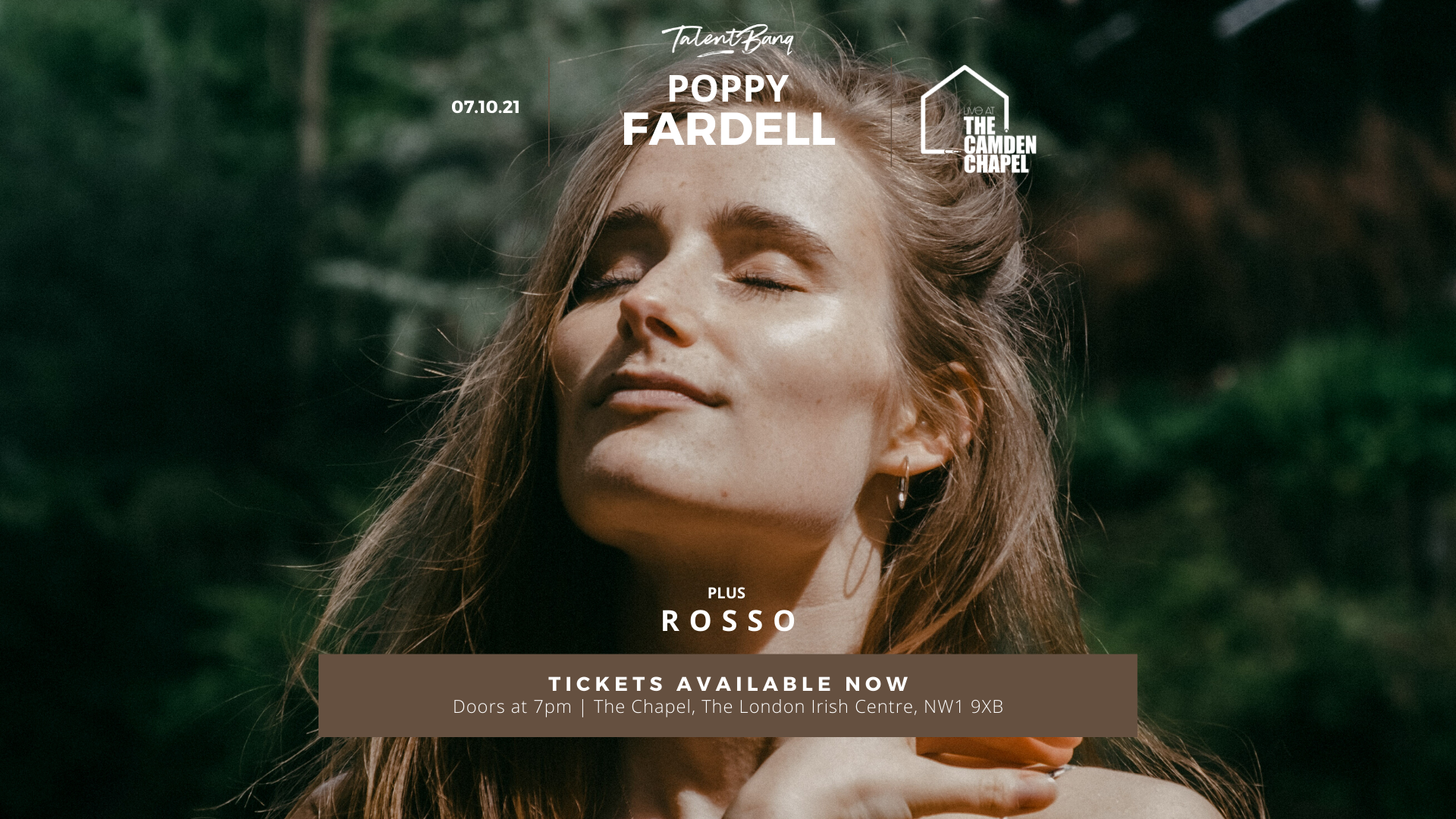 Poppy’s honesty & vivid storytelling have captured the hearts and imaginations of the UK’s music loving audience.

Now, an all too familiar name in the UK Country music scene & iTunes country charts respectively, Poppy Fardell is sparking fire & truth with every lyric as she defies her age with heartfelt messages & embracing the notion of doing things her way whilst the rule book for writing & releasing new music has now been completely disregarded after a year like no other.

Excited to return to The Camden Chapel for the second time, Poppy will be playing an intimate set of her songs, stripped back and acoustic, just as they were intended.

Poppy will be airing some as yet unreleased tracks at the show & intends to go in-depth with the story behind the songs.

With an opening set by the incredible Americana-Country duo Rosso.