PIE and Zed, The Dreamer @ The Music Room 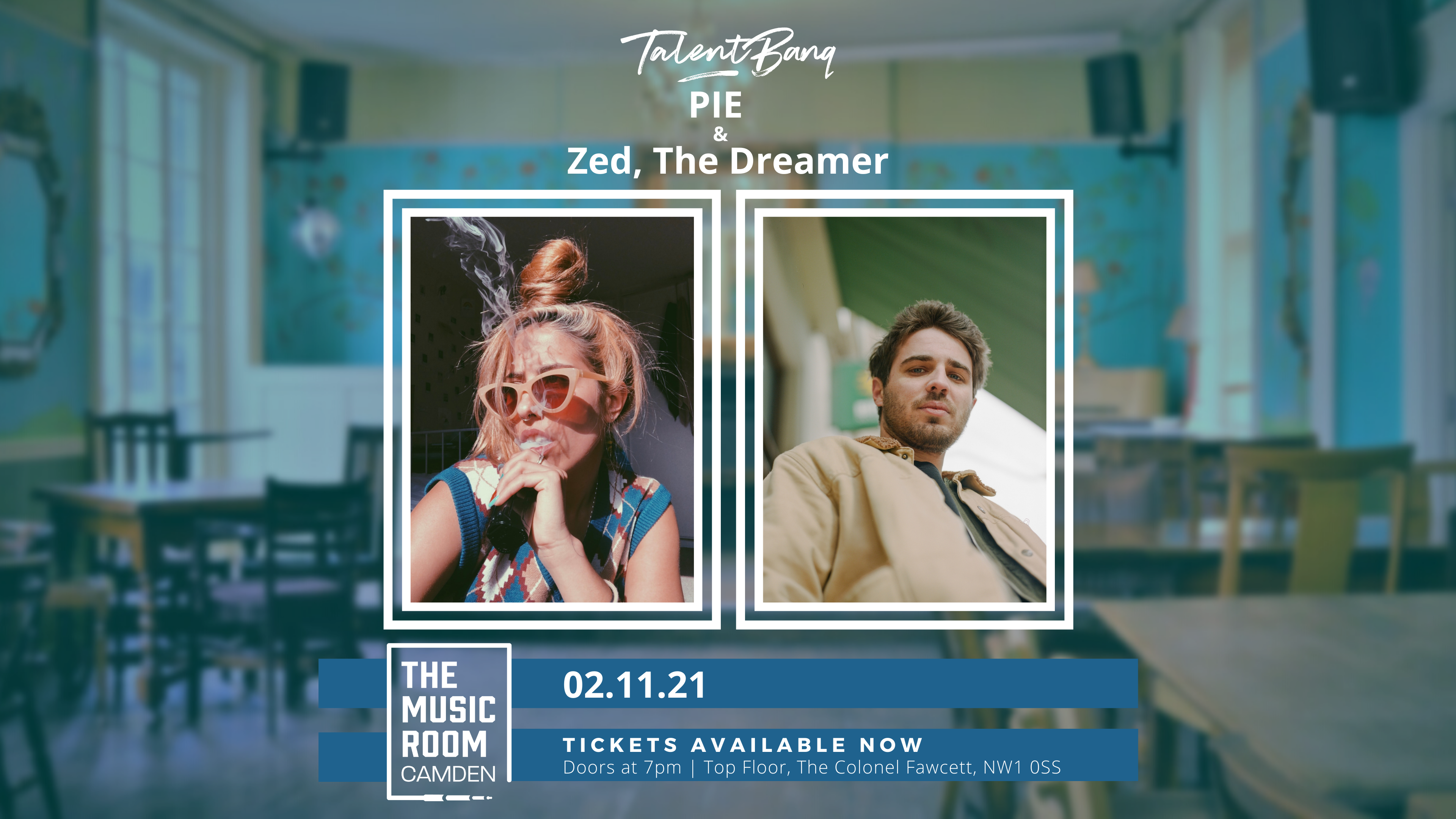 PIE and Zed, The Dreamer @ The Music Room

See PIE & Zed, The Dreamer LIVE at The Music Room Camden | An acoustic music venue in Camden operated by TALENTBANQ

An incredible double-billed night of LIVE music in Camden.

Combining elements of indie, jazz and soul, with inspirations such as Michael Kiwanuka, Bon Iver, Rayland Baxter and Tom Misch.

The project of Zed The Dreamer was formed in 2019 after Zed moved from Portugal to London to study Songwriting & Music Production in BIMM London, after graduating from the renowned Jazz school Luiz Villas-Boas.

Recent single Comfort (Not Love) is taken from Zed’s upcoming EP The Life and Death of McKenzie Kane.