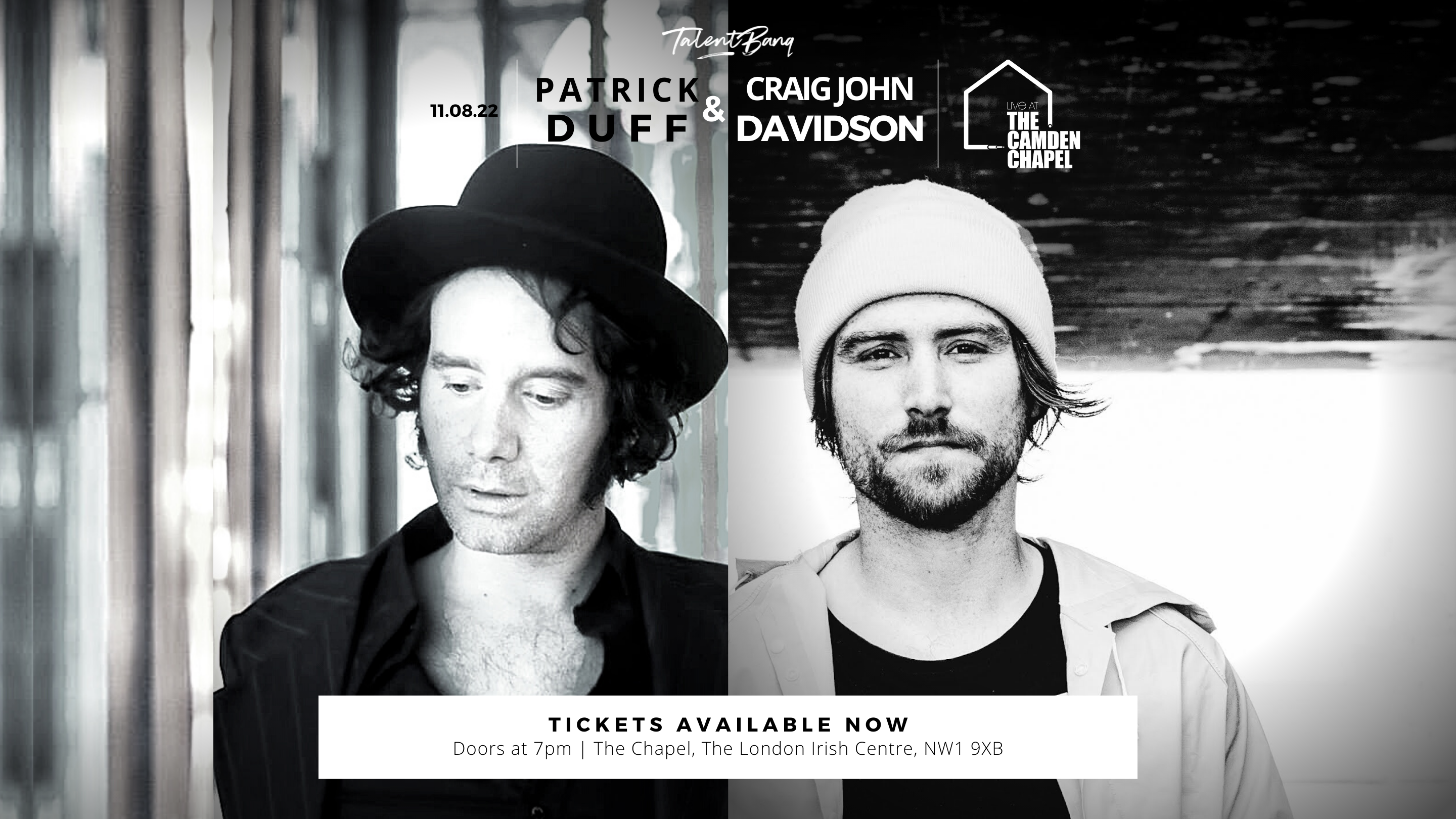 After dropping out of school and living as a street busker, PATRICK DUFF became lead singer of the alternative rock band Strangelove, who were signed to Food Parlophone/EMI. The band released three albums, a string of E.Ps and a series of top forty hit singles between 1991-1998 and performed widely throughout Europe playing the main stage at Glastonbury and Reading Festivals.

Patrick has released five solo albums, the first of which was Luxury Problems on EMIs Harvest label, produced by Adrian Utley of Portishead and Alex Lee of Goldfrapp in 2005. The Mad Straight Road followed in 2010 produced by Massive Attack collaborator Stew Jackson, with two releases in 2013; Visions Of The Underworld.

Patrick has recently completed his fifth solo album entitled Leaving My Fathers House.Patrick continues to tour the world with a one-man show of songs and storytelling and is currently writing his autobiography.

Craig John Davidson is a Scottish singer-songwriter and producer who’s been recording and releasing music since the early 2000’s.

After self releasing his first three solo albums 2008’s “Soaked In Harm” 2009’s “Curiosity” and 2010’s “All In Song” he signed recording deal with Aberdeen based label Fat Hippy Records in 2013 who put out his 4th full length album “The Last laugh” the same year.

2015 saw the release of “King Repulsion”. Upon completion of 2018’s “Motherstar” album Craig decided to release it with indie label Kiss My Kunst Records as well as 2020’s “Queen Compulsion.

His latest release “Tickets To The Sea” was named BBC Radio Scotland’s Album of the week upon its release in late April 2022.