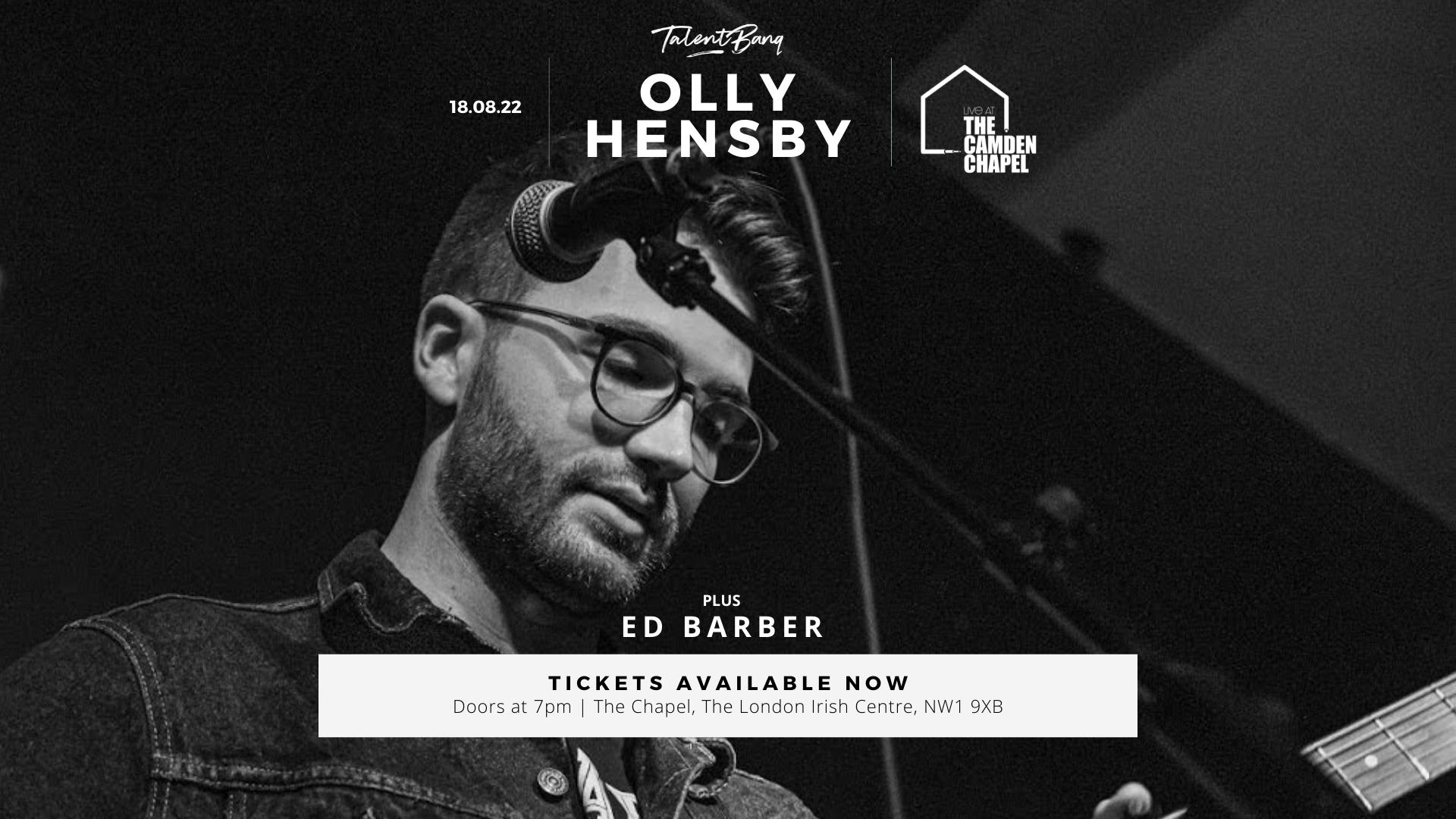 Olly Hensby is a London-based singer-songwriter from the Midlands. He is 24 years old, and highly influenced by blues, soul, folk, and jazz. He takes inspiration from artists such as John Mayer, Jamie Cullum, Tom Misch, and Ben Howard. Olly first got into the music scene in Nottingham where he released and recorded his first four acoustic singles.

With an opening set by Ed Barber

An opening set will be played by the wonderful Ed Barber. Hailing from Birmingham and having played live in various formats over many years, Ed Barber brings a melodic and eclectic brand of folk to his solo performances. Delving into a catalogue of original songs, audiences will hear shades of John Martyn and Laura Marling.