kav | Live at The Camden Chapel 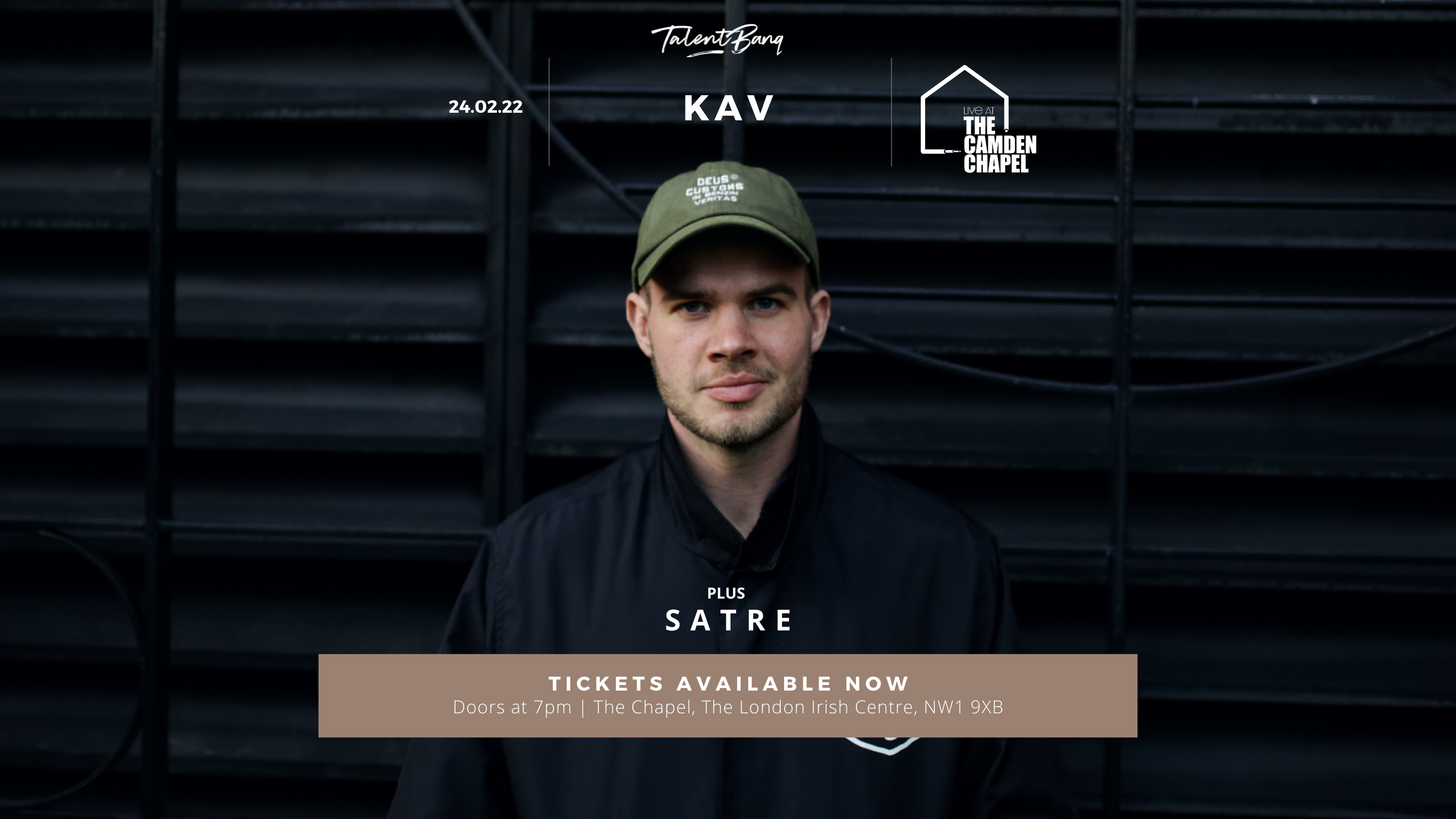 kav | Live at The Camden Chapel

Hailing from West London, kav is the brainchild of accomplished songwriter Pierce Kavanagh.

Having spent the last few years writing and performing with other artists, he sits on an enviable collection of songs, which will form his first solo releases.

The honesty of his songwriting and captivating vocal is reminiscent of an early Damien Rice, with nods to the likes of The National, David Gray and Frightened Rabbit.

His highly anticipated first offering ‘dissolve’, released in May 2021, processes feelings of shame and underachievement; an honest song that instantly resonates with the listener.

In October kav finished recording his debut EP at Harbor Studios in Brooklyn with Eric Sanderson (We Are Augustines) and Peter Katis (The National, Frightened Rabbit, Interpol).

2022 looks to be an exciting year with 3 singles and his first solo EP ‘ for New York’ in the pipeline.

With an opening set by the incredible SATRE.