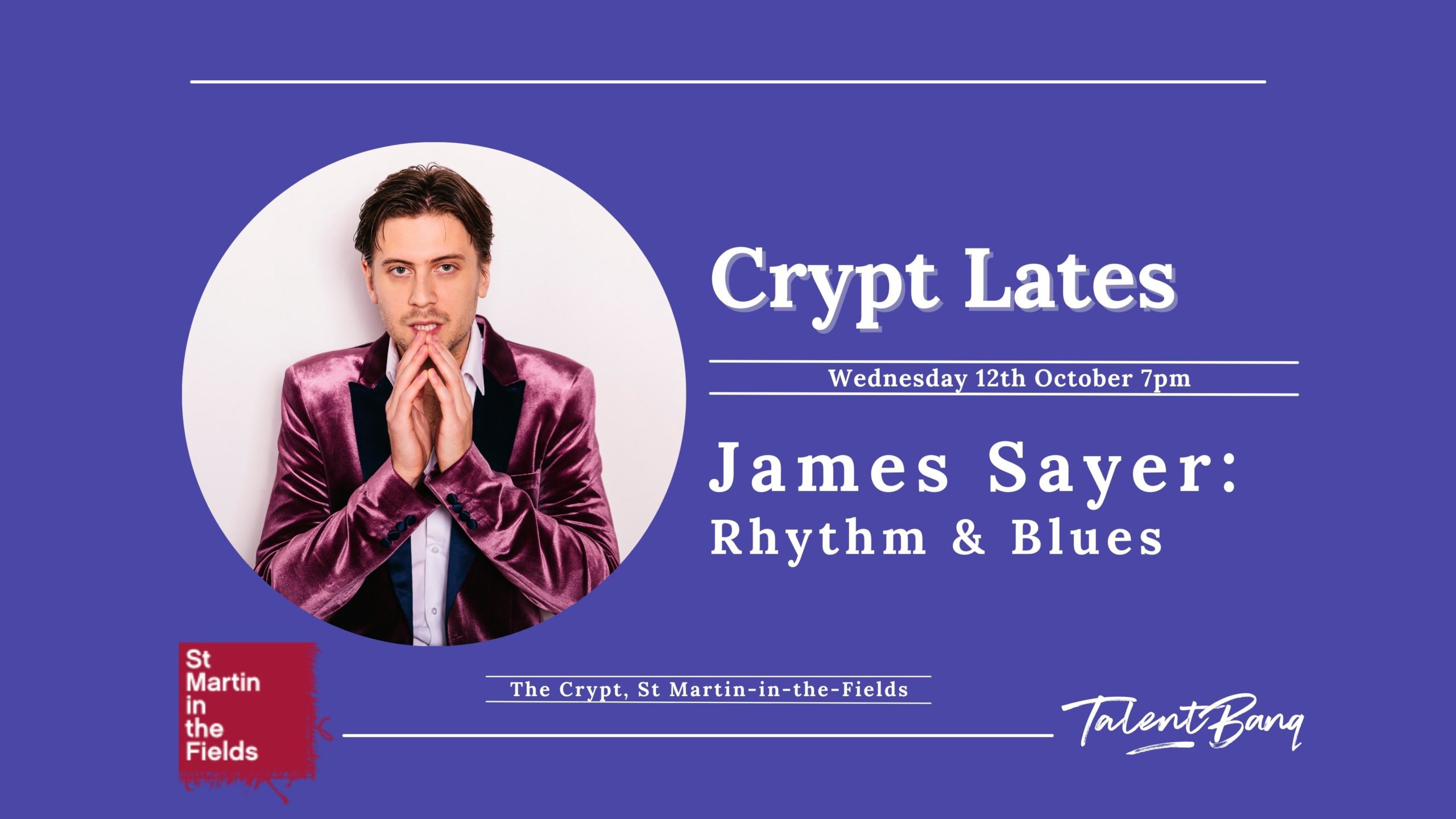 After his Sold Out show in 2021 James Sayer and his red hot band returns James will be taking us on a journey of the songs and musicians that have influenced his career. Be ready for a glorious mix of Jazz, Funk, Soul and Blues.

James Sayer, originally from the West Midlands hails from a hugely musical family where he grew up playing Rhythm & Blues music, firstly on piano then adding saxophone, guitar and vocals into his skill set. Developing a fascination and love of music at a very young age, he spent his hours learning and digesting music from artists such as Jerry Lee Lewis, Elton John and Van Morrison.

He has recorded in London and Nashville – and is renowned for the enormous sense of fun he brings to every live show.

Crypt Lates sees the iconic vaulted Crypt beneath St Martin’s on Trafalgar Square transformed into an atmospheric music and cabaret venue, with a fully-stocked bar and great food options.

Crypt Lates features live performances from some of the world’s leading artists in gigs that feature the best of jazz, folk, country, soul and blues, as well as the world of West End Theatre and comedy!