INDOLORE | Live at the Camden Chapel 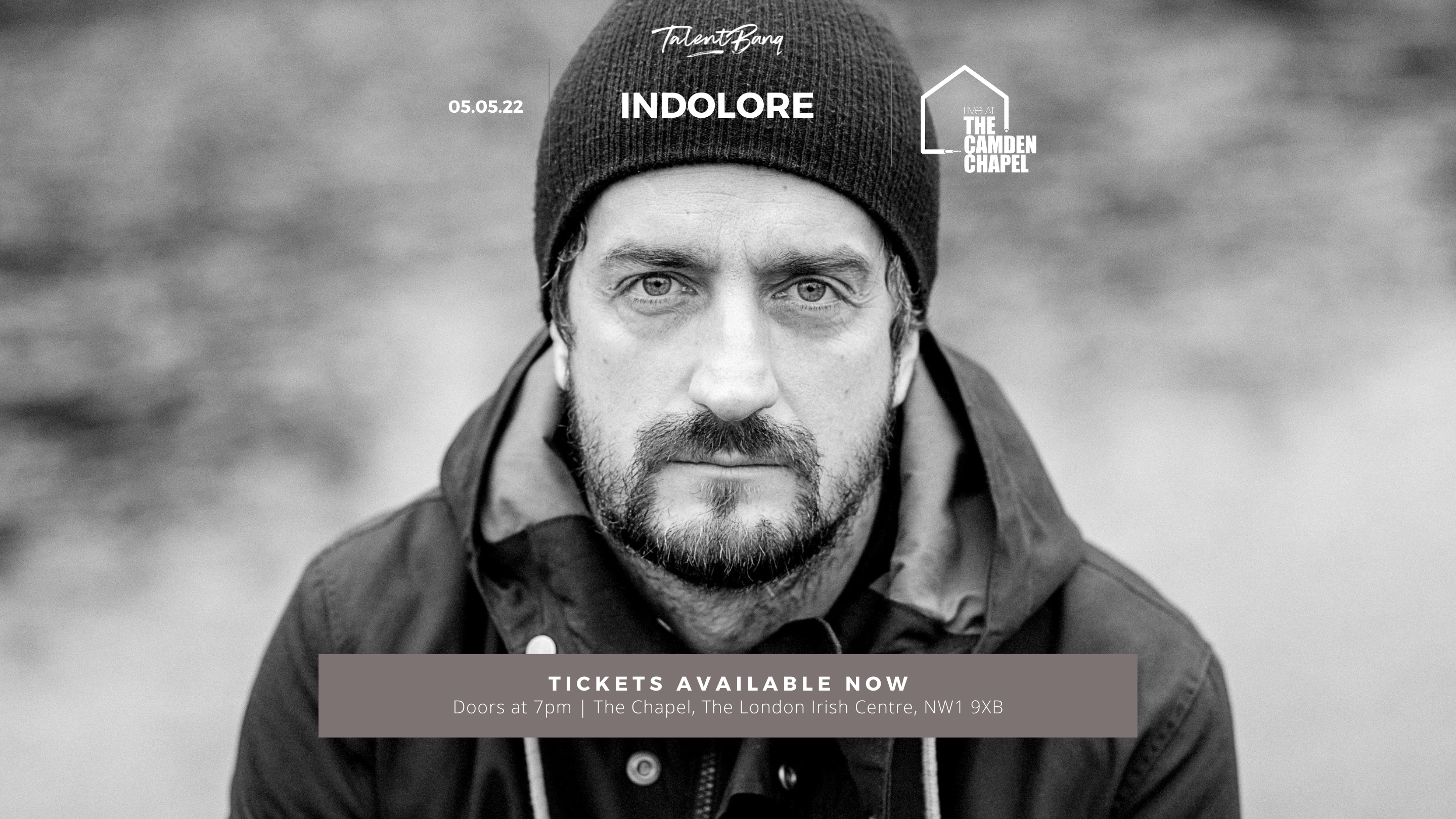 INDOLORE | Live at the Camden Chapel

From his distant Irish roots, Indolore has kept a happy guilt. Since his first steps and clumsy kisses on the dunes of the French West Coast, he has sprinkled his way with a luminous melancholy.

From his first EP « Positive Girls », he gained confidence, with the enthusiastic reception of « Je Rêve D’é », the experience of numerous concerts alone on stage and the recognition, up to that of the SXSW festival in Austin, Texas. From his following album, « Love Letters from Eylenda », recorded at Sigur Rós’ studio in Iceland, he brought back a pure, unique adventure and an indie hit, the opening song, « Let Me Find Out ».

His new album « After the Rain », written and recorded in Paris during the first lockdown, is a message of hope. From « Let the Sun Come » to « Dream on », Indolore distills a powerful optimism.