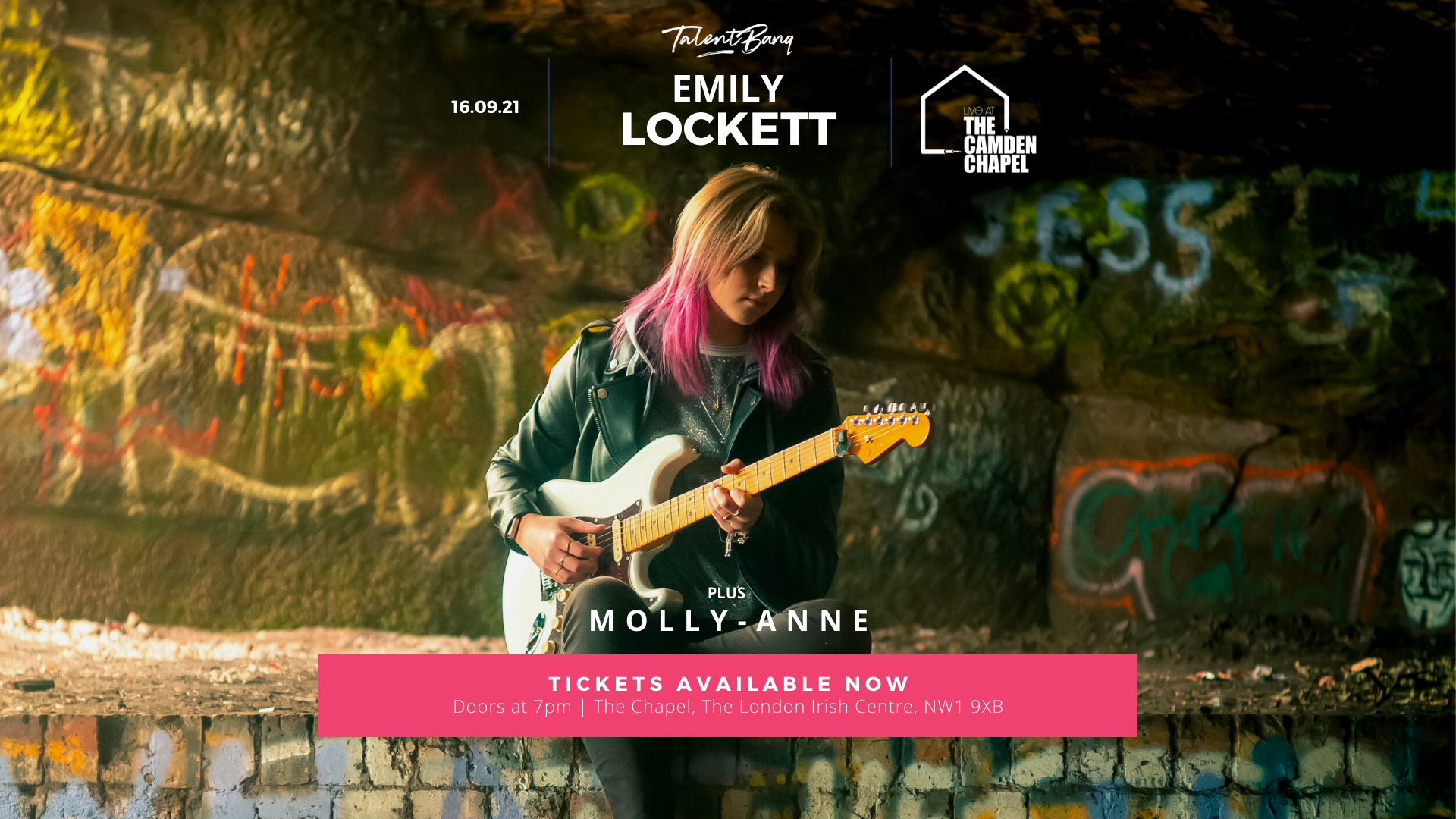 Emily Lockett, accompanied by her Manchester based band, will deliver a stripped back acoustic debut show in London, performing her British country/pop/rock songs at the intimate Camden Chapel.

Support will be provided by Molly-Anne, a new addition to the London scene, hailing from rural Gloucestershire, she brings a quaint British charm to the Americana genre.

Molly shines a new perspective on folk music, with a soulful, Folk inspired-sound fused with acoustic elements of Bluegrass and Americana.