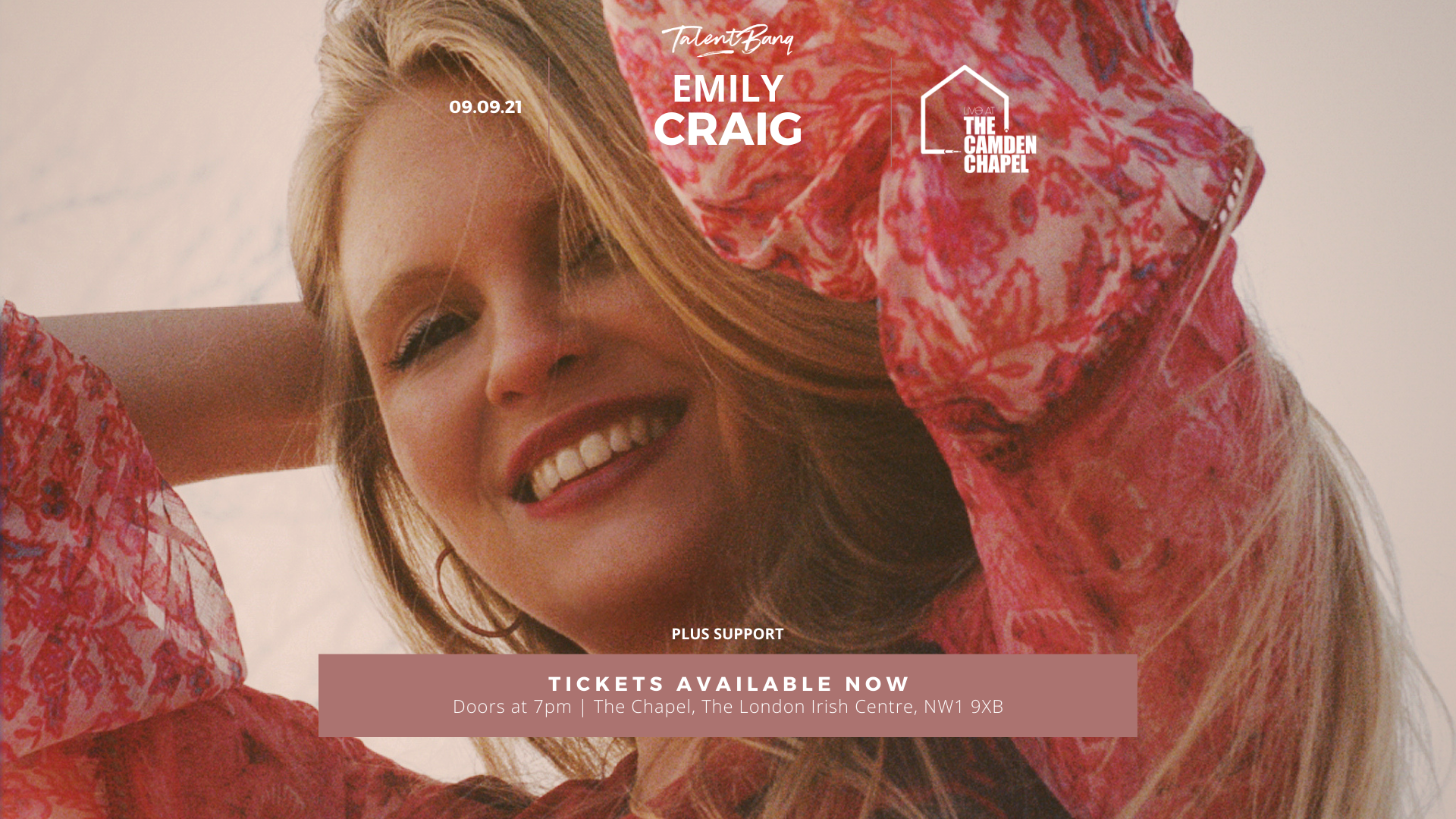 Fresh off the back of her latest single release, ‘Post Truth’, which led to her being tipped as a BBC Introducing featured artist, Emily Craig announces her first headline show at The Camden Chapel.

Emily takes influence from multiple genres including soul, jazz, and country to create a truly unique sound, drawing comparisons to the likes of Bonnie Raitt, Eva Cassidy and Katie Melua.

After training classically in voice and piano, Emily honed her craft singing with jazz bands at venues including The Adelphi Theatre and Ronnie Scott’s whilst studying languages at University College London.

A combination of her love of music, writing and languages influenced Emily to craft a repertoire of original material whilst living in France and Spain. She was inspired by stories of people she met whilst busking on the streets of Granada, jazz fusion jams in Lyon and living in a house of 19 students from all over the world.

Emily recorded demos of these songs at producer Youth’s Space Mountain Studio in Sierra Nevada and has spent the last year refining these tracks whilst completing an MA in music production at London’s Tileyard Studios.

Emily has already made a name for herself as part of London’s acoustic scene, performing on both guitar and piano at venues such as The Water Rats and Paper Dress Vintage.

Support to be announced.