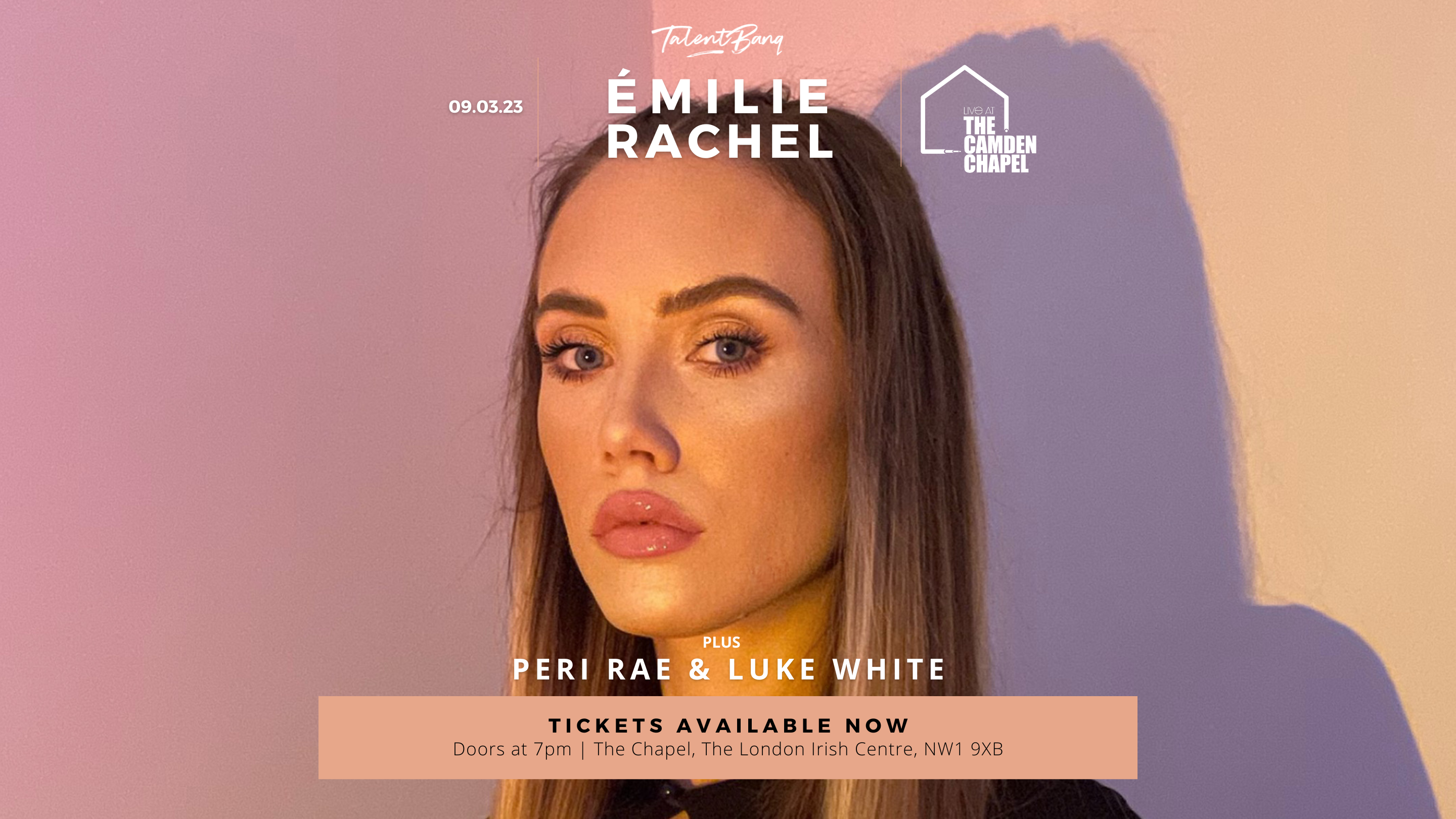 Get to know the artists performing:

Émilie Rachel is a singer/songwriter who has been working with DJS and producers of all levels over the passed few years. Known for ambient and melodic tones in her voice leaves every audience wanting more.

Some achievements recently include having many releases with Perfect Havoc one being ‘Become’ with Manston and Simms which lead her to perform on the main stage at Clockwork Orange in front of thousands of people. Émilie featured on Dope Ammo’s Album recently which had support from many of the greats within the DnB world, also had plays on Radio 1 with Rene La Vice. More recently this summer Émilie was featured on Toolrooms Ibiza Vol.2 Album with Kapowski among many other DJ’s. This also got a lot of support from Mark Knight and on Toolroom radio.

Émilie is currently working on her EP in the studio with LLR and is writing for others. Lots more exciting things to come for Émilie Rachel.

Upon the release of her debut EP, singer-songwriter Peri has already ticked off many of the industry must do’s, playing BBC Introducing festival stages, securing coveted features on Spotify’s ‘New Music Friday UK’, ‘Our Generation’ and ‘Fresh Finds UK & IE’, a showcase with Soho House and a recent tour support for Alfie Templeman.

Continuing her swift ascension, Peri has rapidly drawn attention from industry tastemakers after also securing an invite to perform a live session for BBC Introducing and being named as their ‘One to Watch’.

A rising talent on the emerging indie-folk scene, Peri Rae’s artistry has marked her as one of the most candid and exciting new voices in the UK. Now with the release of her debut EP, this captivating artist on the rise is unmistakably a name to watch.

Luke surprisingly started as a blues and rock guitarist and transferred to the songwriting world at 16! After getting a break-up message, he thought he’d try to write a song which he now describes as “wet and sad”…he never looked back. He has been writing and releasing music since 2018, has gigged all over the UK playing his shows, and has supported artists such as Billy Lockett and Newton Faulkner.