ELDR | Live at the Camden Chapel 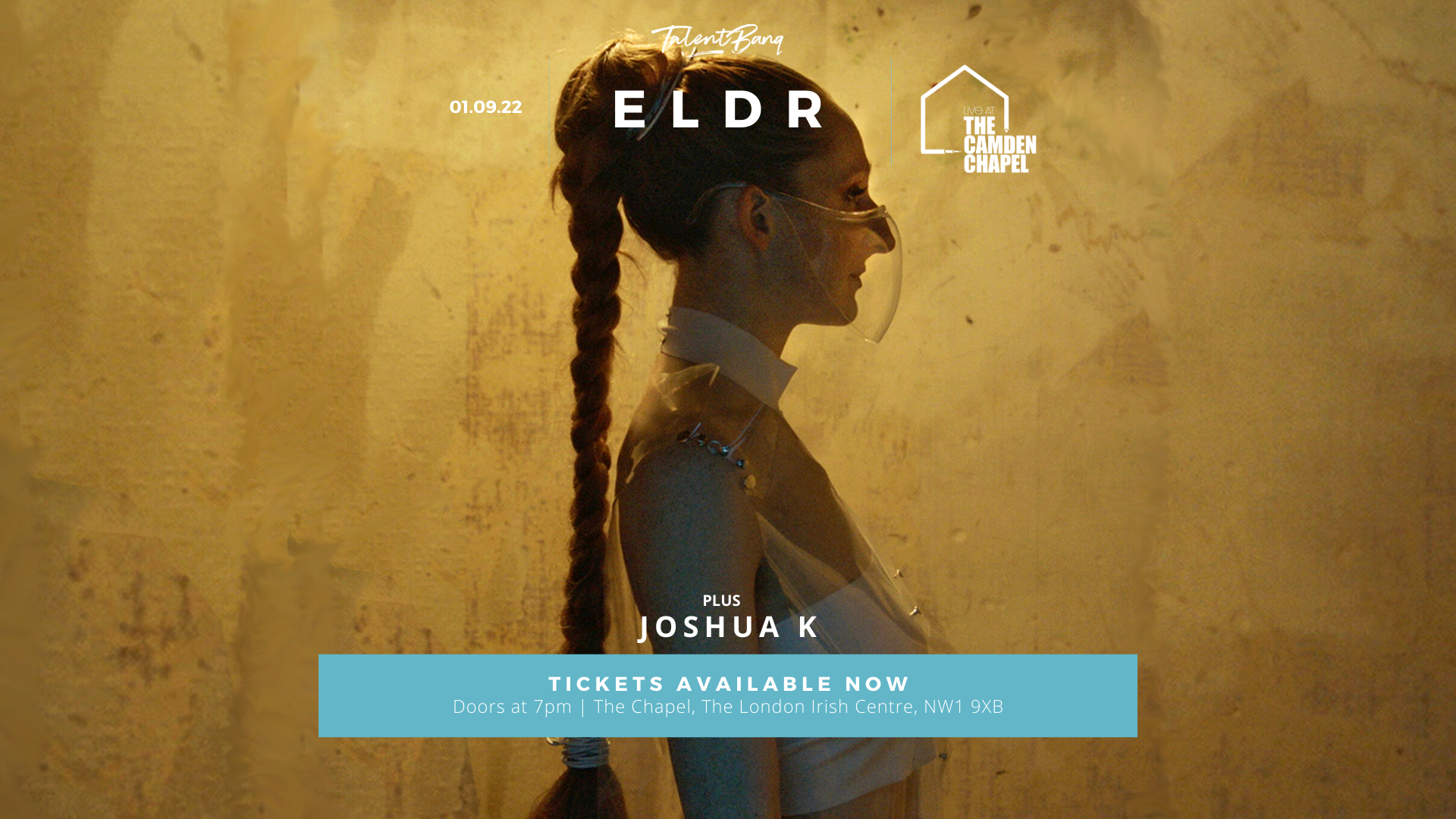 ELDR | Live at the Camden Chapel

ELDR is the machination of artist and award-winning composer Marina Elderton. Acclaimed by Wonderland Magazine for her “raw and unapologetic approach to tune crafting”, ELDR’s latest EP ‘HÖLY STRANGER’ is no exception, with an infectious energy that evokes both an unsettling of the mind and hypnotic allure.

Following her debut EP ‘Defender’, which received the PRS Women Make Music fund, HÖLY STRANGER looks to continue the next vibrant chapter in her broad and ethereal guise.

As a scholar from the National Film & Television School, ELDR has composed soundtracks for the likes of BBC, Sky Arts, BFI, and Film4, including the soundtrack for Poly Styrene: I AM A CLICHÉ’, which won Best Documentary at the British Independent Film Awards, the ‘Raindance Discovery Award’, and earned a Scottish BAFTA nomination.

With an opening set by Joshua K.

Joshua K is an artist and songwriter influenced by alt-rock/ folk genres. Josh writes a mélange of introspective songs that vary from a fragile, melancholic quiet to a louder, grungier call to be heard.