Blues Night with Eddy Smith & the 507 and Bandini 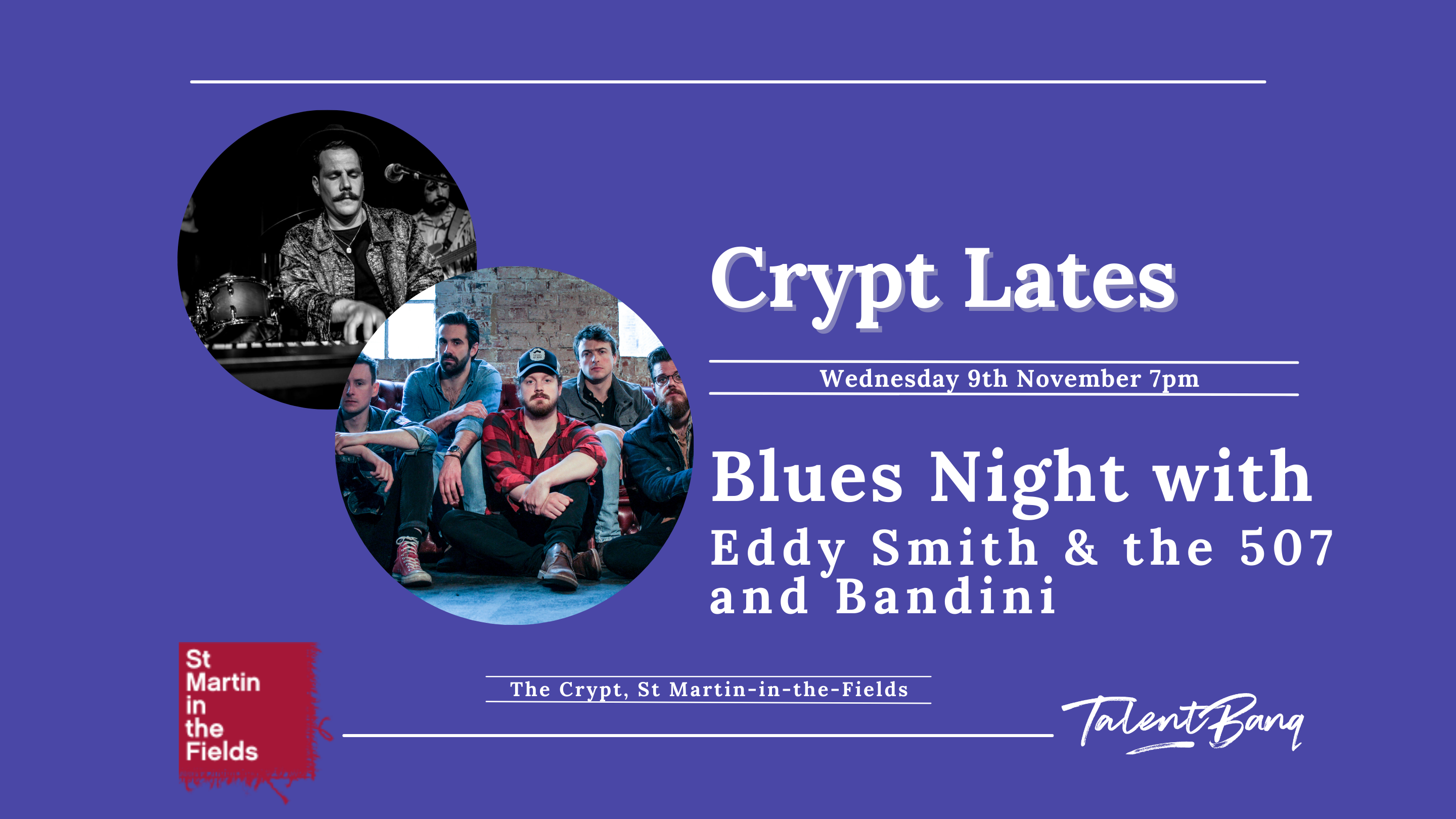 Blues Night with Eddy Smith & the 507 and Bandini

Captivating audiences with his unique, husky voice and tasteful piano accompaniment, Eddy Smith has been making his mark on the UK’s growing Americana scene. Widely recognised as one of the major male vocalists on the Country and Blues circuit, his soulful melodies and infectious song-writing has drawn comparisons to the likes of Joe Cocker, JJ Grey and Marcus King to name a few.

Backed by his long-time friends, they form the multinational five-piece, Eddy Smith & The 507. Their music, engulfed by rich vocal harmonies and gospel-like organ is reminiscent of a sound from way before their time. With an irresistible blend of various Americana styles, such as Blues, Folk, Country and Rock, the quintet take a leaf from the books of Nathaniel Rateliff, The Rolling Stones, Eagles and countless other pioneers of their Genres.

After appearing on some of the UK’s most prestigious stages, including The Isle of Wight Festival, London’s The 100 Club and The Troubadour, the band have gained recognition as ‘ones to watch’ on the UK Roots scene. With both national and international radio play, their songs can be heard over the airwaves across the globe.

What are people saying…
“A jewel in the whiskey-stained rough” – Holler (Artist of The Week, Dec 2020)
“A sure hand with southern-fried Soul” – Blues In Britain
“The soul in Eddy’s voice is where I want music to be at” – Huey Morgan, BBC 6 Music
“They blew our socks off” – Hard Rock Café (The Isle of Wight Festival)
“A heady blend of Soul, Blues and Rock and Eddy Smith has a voice that suits it perfectly.” – Blues Matters
“Fun, soulful grooves that won’t fail to put a smile on your face” – GIGsoup
“The finest meshes of soulful Blues and melodic Pop you will hear this year” – The Blues Mag

With an opening set by the incredible Bandini.

Bandini is pure, wild energy on stage. He has been described as “the bastard son of Tom Waits and Cab Calloway” by The Troubadour, London. His major influences are diverse- Van Morrison, Dr. John, Tom Waits and The Clash, which have led him to fuse jazz, blues, rock and gypsy into a dynamic live show. This combined with his enigmatic and theatrical stage performances has led Bandini to become one of the most relevant and exciting emerging artists today.

Crypt Lates sees the iconic vaulted Crypt beneath St Martin’s on Trafalgar Square transformed into an atmospheric music and cabaret venue, with a fully-stocked bar and great food options.

Crypt Lates features live performances from some of the world’s leading artists in gigs that feature the best of jazz, folk, country, soul and blues, as well as the world of West End Theatre and comedy!