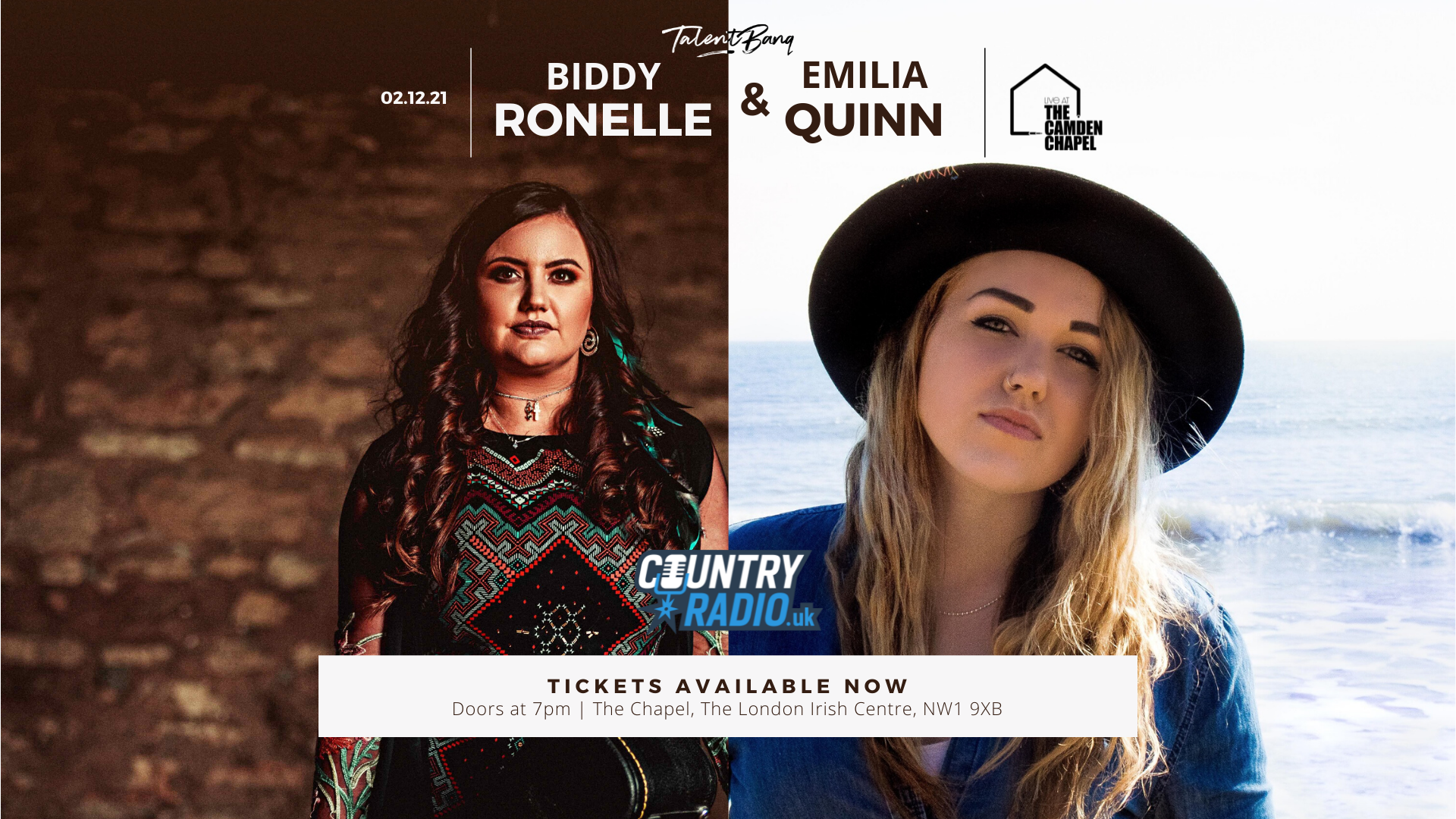 Biddy Ronelle has made quite the name for herself in the UK country scene as a solo artist but is now moving into darker territory with her band.

A continuation of Biddy’s rockier take on Americana, they plan to bring a heavier and grittier sound to the scene.

As a solo artist, Biddy has achieved remarkable chart success, including a #1 debut EP ‘Aftershocks’ and a #1 single ‘Thrill’ under her belt and numerous BBC Introducing and BBC rotation, including a live performance on the Gaby Roslin show.

Biddy has recently collaborated on a number of projects including a festive duet with country rockier Tommy Taylor and also penning a charity single during the pandemic in aid of Help Musicians.

As well as success in country music, Biddy has also toured as a backing vocalist and as a theatre performer including work in the West End and some of the UK’s biggest venues.

The key members of the Bullets have provided most of the previous guitar and production work on all of Biddy’s previous releases so it felt only natural to form a band.

Emilia has been described as a firecracker, weaving together a combination of roots music tones, such as blues, rock and country, whilst bringing her own unique tone to the table.

Having grown up with a wide variety of music genres, she takes inspiration from anywhere and everywhere. She kicked her performance career off as a Singer-Songwriter at age 11 and swiftly joined a Rock band.

After experimenting with various genres, Emilia found her feet in Roots music.

Emilia’s eclectic influences and knowledge of multiple instruments allows her to write in a very personal and identifiable way.

She draws inspiration from her life experiences and lives through her songs, in an effort to make a personal connection with her audience through raw emotion.

Producing records like the feisty and award-winning EP Firecracker to heart-wrenching ballads such as This World, Emilia demonstrates her multifaceted personality and keeps her fans on their toes.