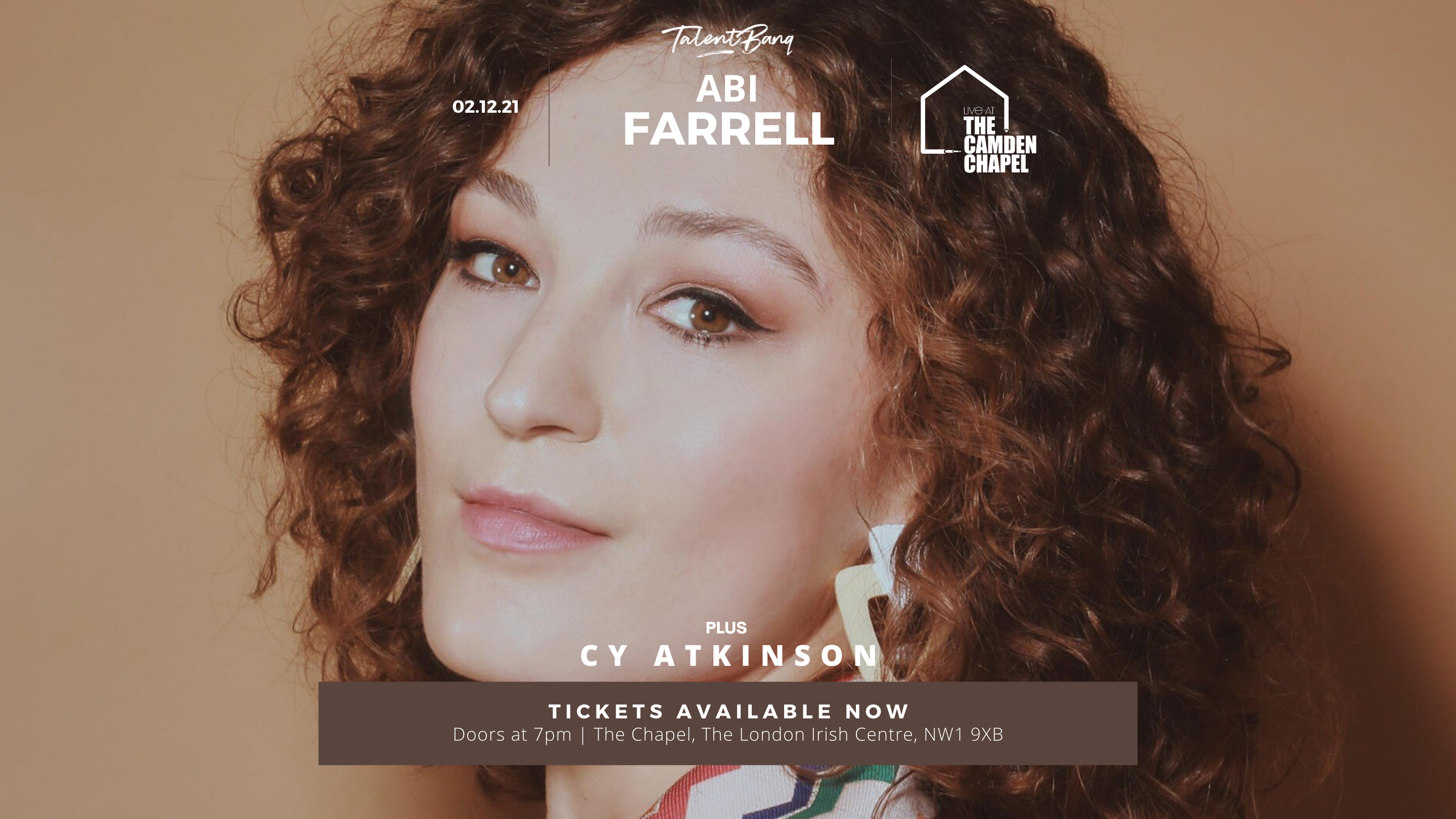 Described by London’s Soul Stripped Sessions as ‘a powerhouse and then some’, Abi Farrell is returning to the Camden Chapel for an intimate set on Thursday 9th December. Raised on a soundtrack of pop, funk and soul, influences from the likes of Aretha Franklin, Carole King, Eva Cassidy and Chaka Khan are all present in Abi’s music but each song is brought into the here and now by her effortlessly pure voice and lyrical dexterity.

Abi last performed at Camden Chapel in January 2020 after self-releasing her debut EP ‘The Only Way I Learn’ to great acclaim from Richer Unsigned: “Abi’s control and vibrato of her incredible vocal tone is truly stunning”. But since then, Abi has been busy creating music in collaboration with new independent soul label Big AC Records, after a chance meeting with founders Nick Corbin and Sophie Heath at an East London jam.

Tracks ‘I Will See You Through’ and ‘Empowered’, produced by Mitch Ayling (The Milk) have been quickly embraced by the underground soul scene, earning rave reviews and worldwide radio exposure rom the likes of Craig Charles (BBC 6 Music), Robert Elms (BBC Radio London), and Kurtis Powers (The Face Radio, NYC). With a limited edition 7″ vinyl featuring both singles being quickly collected by vinyl enthusiasts all over the world, Abi’s next show at Camden Chapel promises to be an unforgettable evening.

With a supporting set from the incredible Cy Atkinson.