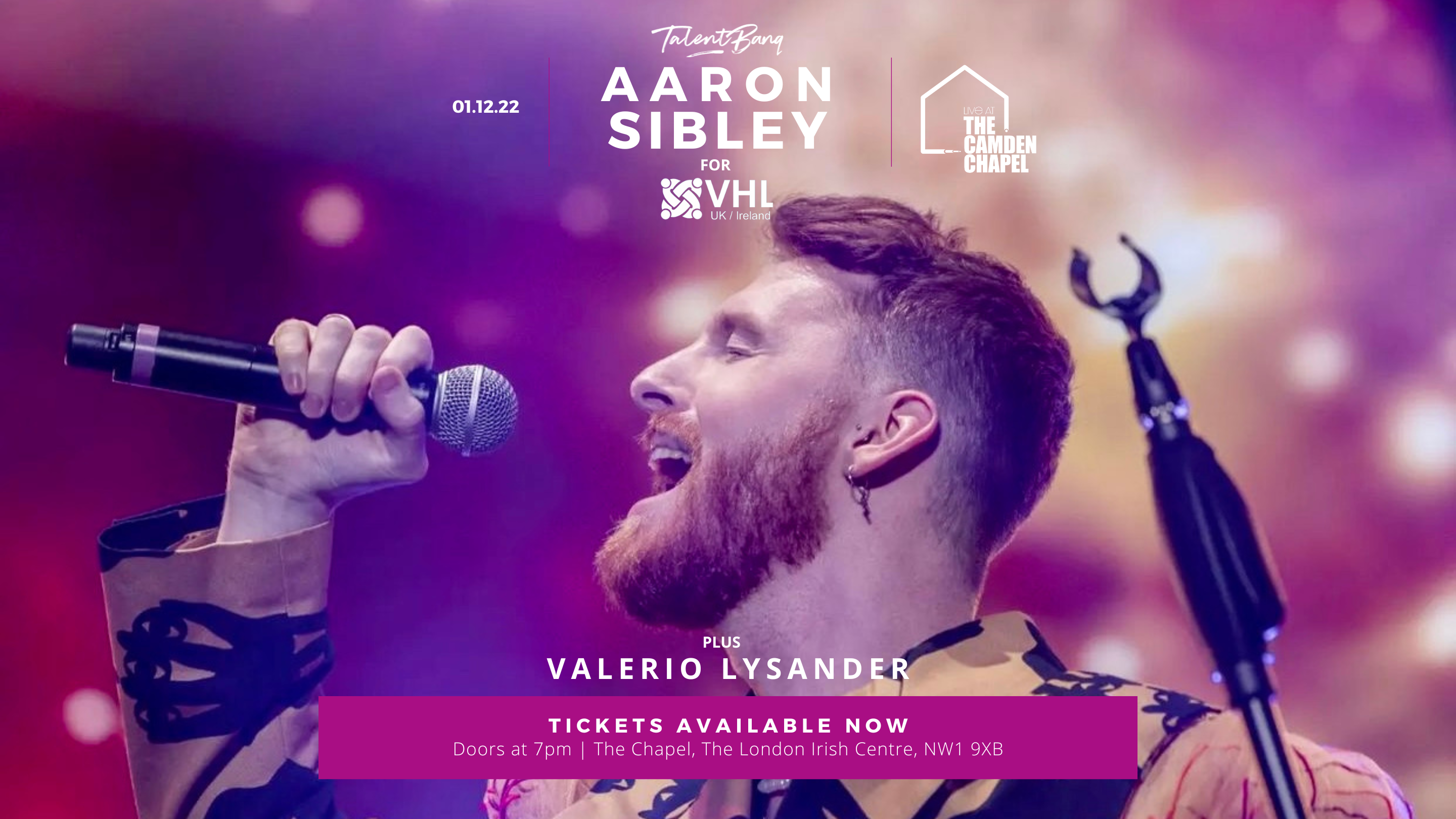 Enjoy a night full of original music. Pop, alt-pop and warm vocals twinned with hard hitting ballads. The night will be to raise money for the VHL Charity.

In 2017, Aaron Sibley was a finalist for Pride’s Got Talent earning him the opportunity to perform on the MainStage of Pride in London at Trafalgar Square. His music has been played in exciting venues in and around the UK and Europe.

In 2018 Aaron wrote and performed, as part of a duet in the National Selection Finals for The Eurovision Song Contest in Moldova. And in 2020 and 2022 his songs, written for other artists, qualified also.

In 2022, Aaron Sibley won the International Emerging Artist Song Contest in San Marino which provided him with the opportunity to perform in their National Final for Eurovision, placing 3rd. Aaron has been working with songwriters from all around the world to create exciting new music. He released his 6 song debut EP in 2019 titled ‘Holiday Love’ and continues to release new music regularly.

Aaron will be joined by the incredibly talented Milan based Baroque-pop Singer-Songwriter, Valerio Lysander.