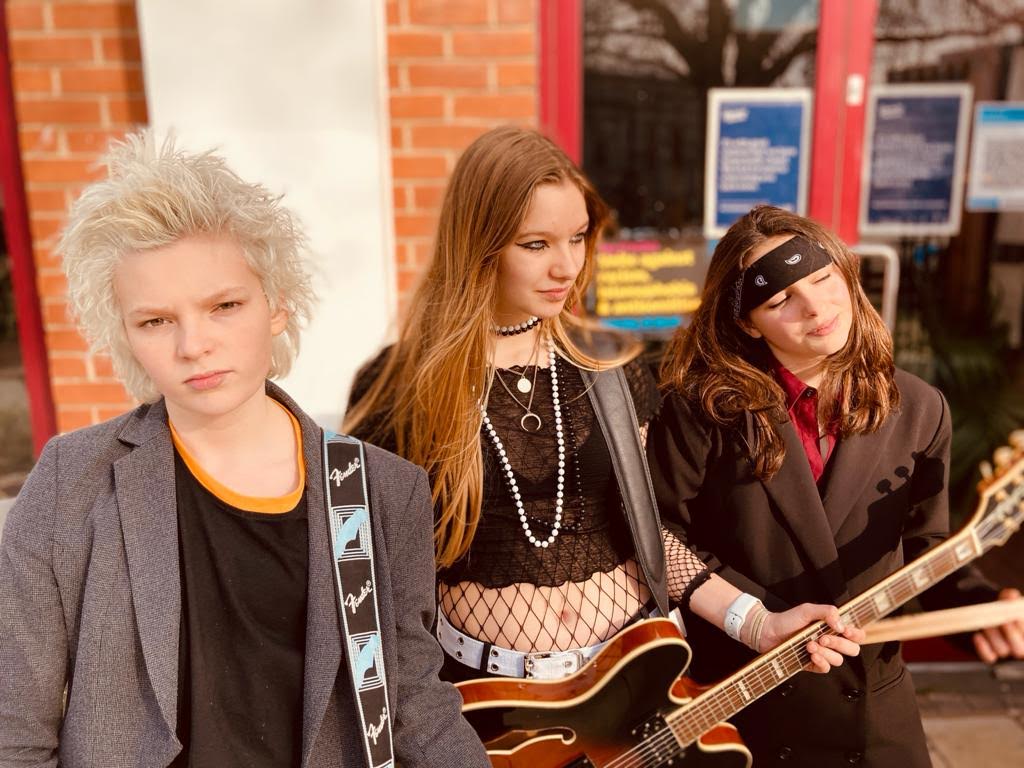 Extraordinary talent does not usually come in a band with members aged just 13 to 15.

The Mocktales are the exception.

On July 8th, TALENTBANQ will be providing them with a major London showcase.

The band will step out on the main stage at 229 to open RELOAD – celebrating the return of live music.

It’s all come about by a chance meeting when TALENTBANQ founder, Ray Jones, saw the band busking at Wandsworth Town Station.

Impressed not only by the sound but by the fact the band were staging 20 gigs in 20 days to support the Mizen Foundation.

An immediate invitation was offered for The Mocktales to play for TALENTBANQ at Eccleston Yards.

After another stunning performance the band has been invited to the main stage at 229 where they will open for Devon Mayson, Robert J Hunter and Morganway.

Possibly the best value gig in town at just £10.

Join us! Discover The Mocktales and celebrate with three of the best rising independent bands in the UK today.

Get your tickets here!

Mathew and Isabelle on guitar and vocals come together with Ice on drums to form the exciting and promising teenage band The Mocktales.

Based in London, the trio pay homage to what has gone before with a blistering cover set from 50’s R&B and rock ‘n’ roll all the way through and to Mod, Punk, Britpop and Indie.

Formed during July 2020, the teens merged creative energy under a restrictive lockdown and discovered a unique dynamism.

The Mocktales carry the torch with their own material influenced by those who have left their mark on modern rock history.

Spotted busking, The Mocktales were invited by TALENTBANQ to play Eccleston Yards and have now been invited to open their RELOAD gig main stage at 229 on July 8th. A night not to be missed!