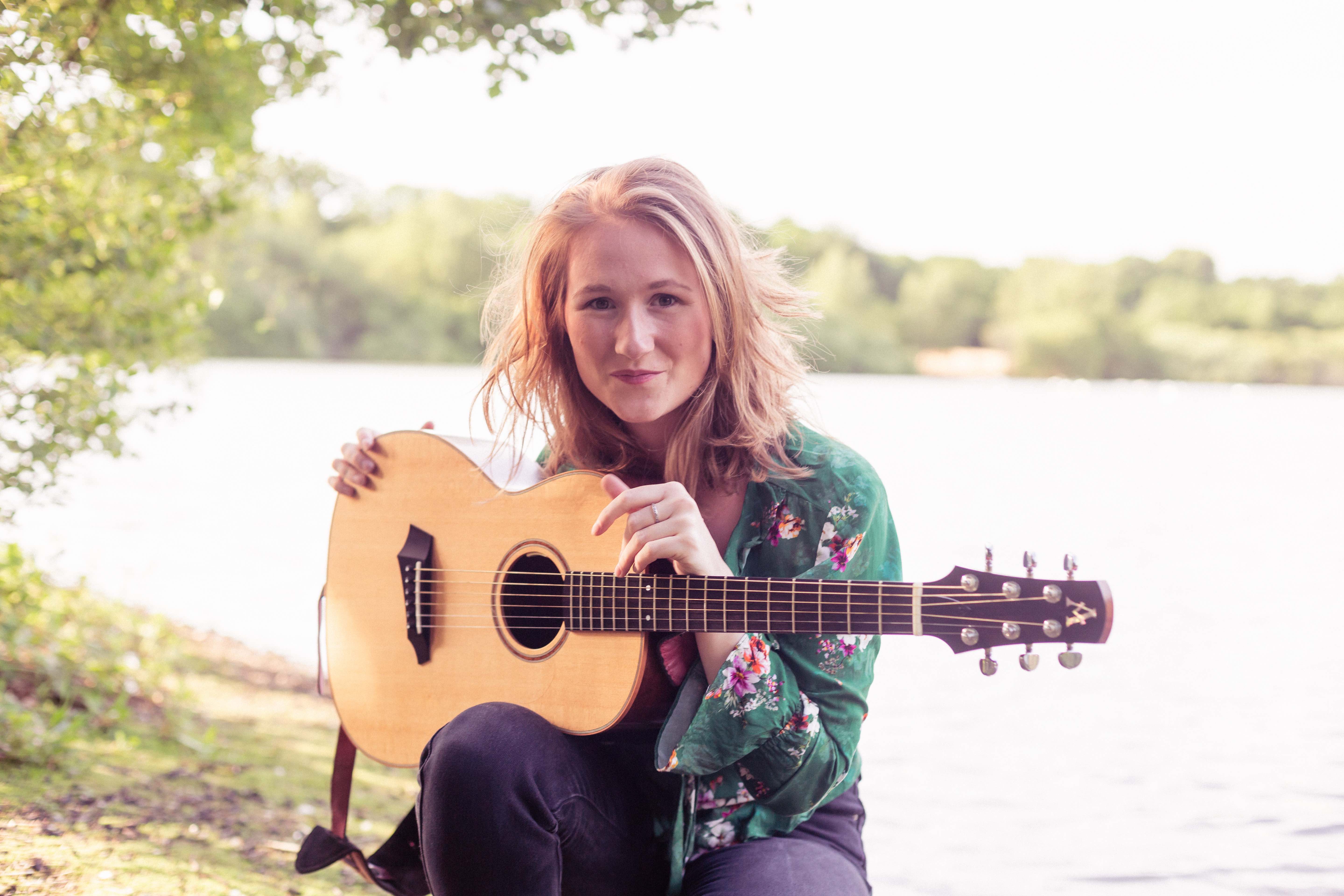 Saskia Griffiths-Moore is a London based singer-songwriter that has been performing at folk clubs, theatres and festivals worldwide.

Among one of the first artists to complete a charitable tour of care homes during the pandemic (Are You Listening, July 2020), and founder of nationwide songwriting movement 'Talent Is Timeless' backed by celebrities & big business, she is personally endorsed by Agnew Instruments and JWC Guitars, and has completed her third recording at Abbey Road Studios.

Her music has been featured on Sky TV, London Live, BBC Radio Scotland, Wales and more, she was awarded multiple grants from Arts Council England and has received glowing four and five star reviews from Maverick and RnR magazine respectively.

Saskia started her career as Craniosacral therapist on Harley Street until her performing career took off. She has toured through the United Kingdom and across Europe including Germany, Belgium, The Netherlands, and Denmark.

On the 50th anniversary of Woodstock festival, 2019, Saskia recorded and released a commemorative album of folk music called 'Baez, Dylan and Me', featuring songs by Bob Dylan and Joan Baez that are evocative of that time period.

She returned in December 2019 with a 40 person choir behind her and a string quartet to record the single 'For You'.

In February 2020 a transatlantic record deal was struck between Saskia and The Susanne Marcus Collins Foundation Inc. (US), and together they created two albums, the first of which 'Are You Listening' was released in July 2020, and the second 'Picture House' is expected to be out in Summer 2021.

"We suspect that the main sticking point in ongoing Brexit negotiations is in fact, Brussels' insistence that we hand over Saskia Griffiths-Moore" The Folk Show, Keep It Country TV, Sky TV