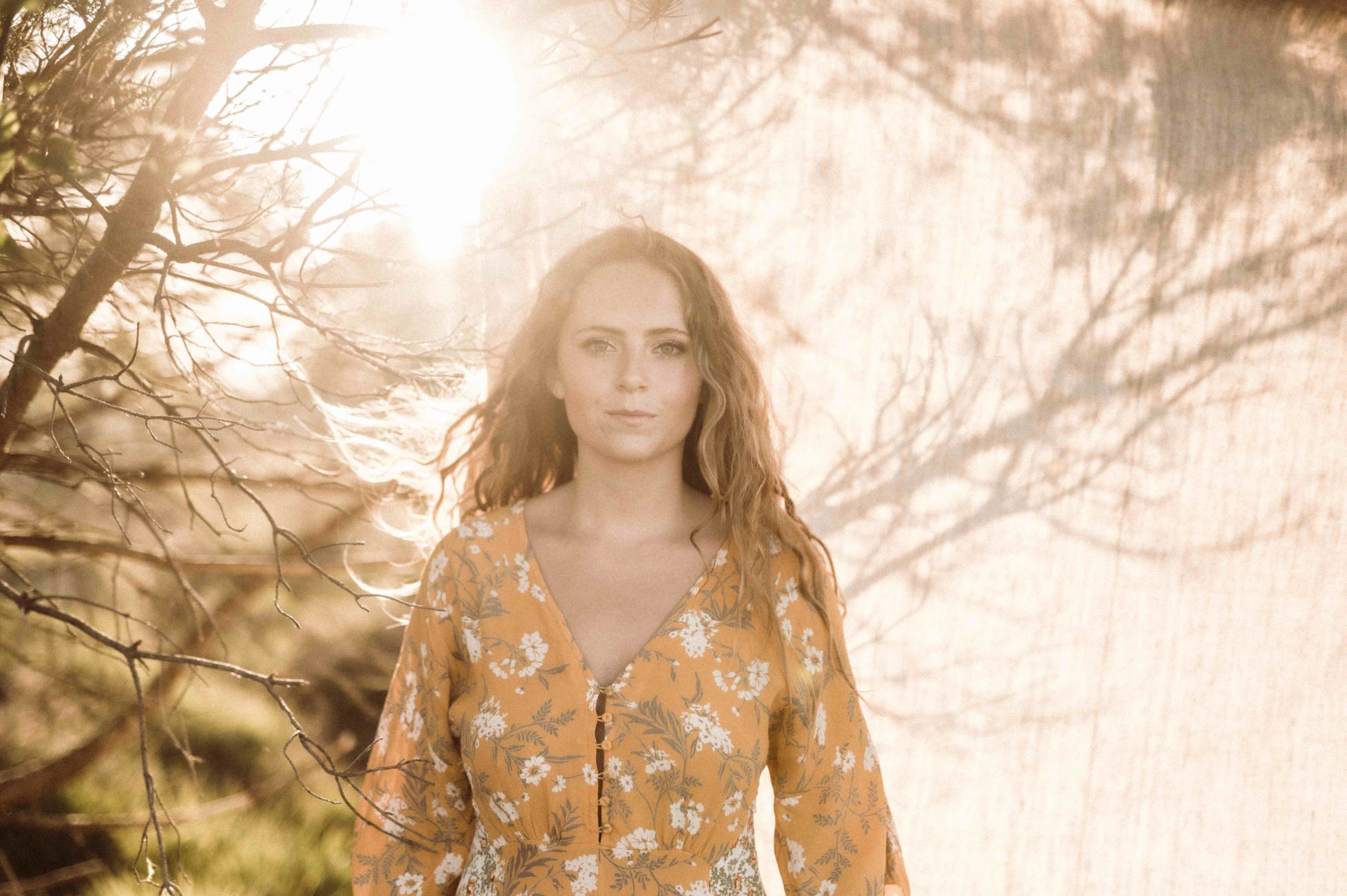 During her musical career, Sadie has performed at a multitude of festivals such as Boardmasters, Wonderfields, Beautiful Days, HowTheLightGetsIn, plus supporting many acts such as Flyte, Tors, Wildwood Kin Eddie Reader. Her first release '25th' reached No. 5 in the singer songwriter category, and many of her self-penned songs being broadcast by BBC Introducing in Devon - four being chosen as ‘Upload of the Week’. Sadie was also chosen to play on Radio 1’s closing showcase at their academy during R1 Big Weekend - Exeter 2016.

With her haunting vocals, Sadie performs with warmth and authenticity, captivating her audience with her engaging presence. Her heartfelt lyrics are inspired by events and people around her with every song telling a compelling story.

Setting the foundations of her musical journey by busking on the streets of Exeter, Devon at age 14, Sadie’s hard work and dedication to music has paid off and she has established herself as a firm favourite on the South West music scene, and Exeter's best.

From then, she has gone on to release two very well received EP's, 'Two for Joy’ in 2016 and ‘Solivagant’ in 2018. Her 2019 single ‘Washed up Mermaid’ was picked as 'Fresh Fave' by Tom Robinson and was played numerous times on BBC Radio 6.
Following from that, her latest release ‘Game Over’ was featured on Mahogany’s ‘Chilled Acoustic’ compilation on YouTube, and AlexRainBird's 'Sad Songs' playlist. Together, the compilations have attracted over a quarter of a million views.

Her mesmerising voice has been heavily recognised within the industry with Universal Studios using her voice for American fantasy television series ‘Emerald City’ and Heart FM commissioning her for prime time commercials.

Last year, after taking a gap year to travel, Sadie moved to Brighton to study a degree in textiles at The University of Brighton.
Sadie is already creating a buzz in Brighton and has performed at three established live music venues, been invited on to local radio to perform, and was chosen as an over all winner for ’She Shore Live’, a competition which was held at The Ropetackle Arts Centre to find and promote a local female artists.

In the following year, listeners can look forward to hearing new music and lots of live shows. All we can be sure of is that according to the BBC, festivals and streams, Sadie Horler is set to take the UK music industry by storm in 2020.

Career Highlights:
- Four songs being chosen as ‘Upload of the Week’ on BBC Introducing
- Played at Radio 1’s closing showcase during their Radio 1 Academy coinciding with Big Weekend
- Has played ‘Live in Session’ for BBC introducing and has played on the BBC Introducing festival stage.
- Performed at festivals such as Boardmasters, Car Fest, Beautiful Days plus many more.
- Performed at many established venues including The Troubador (London), The Bedford (London), The Brunswick (Brighton).
- Supported many artists such as Flyte, Tors, Eddie Reader (Fairground Attraction), Wildwood Kin and Mark Morris (The Bluetones)
- Has toured the UK with South-West duo Sound of the Sirens.
- Latest single ‘Game Over’ has been put on several compilation playlists/videos including Mahogany and alexrainbirdmusic gathering a quarter of a million views on YouTube.
- 2019 single ‘Washed Up Mermaid’ was picked as a ‘Fresh Fave’ by Tom Robinson and was played several times on BBC Radio 6.
- First single ‘25th’ reached no.5 in the singer/songwriter iTunes category
- Universal Studios used Sadie’s vocals for American fantasy television show ‘Emerald City’
- Has written a song for one of Heart FM’s primetime commercials
- Winner of the first ‘She-Shore’ competition at the Ropetackle, Sussex in 2020
- Winner of the ‘Young Folk Musician’ by Bridport Folk Festival in 2018