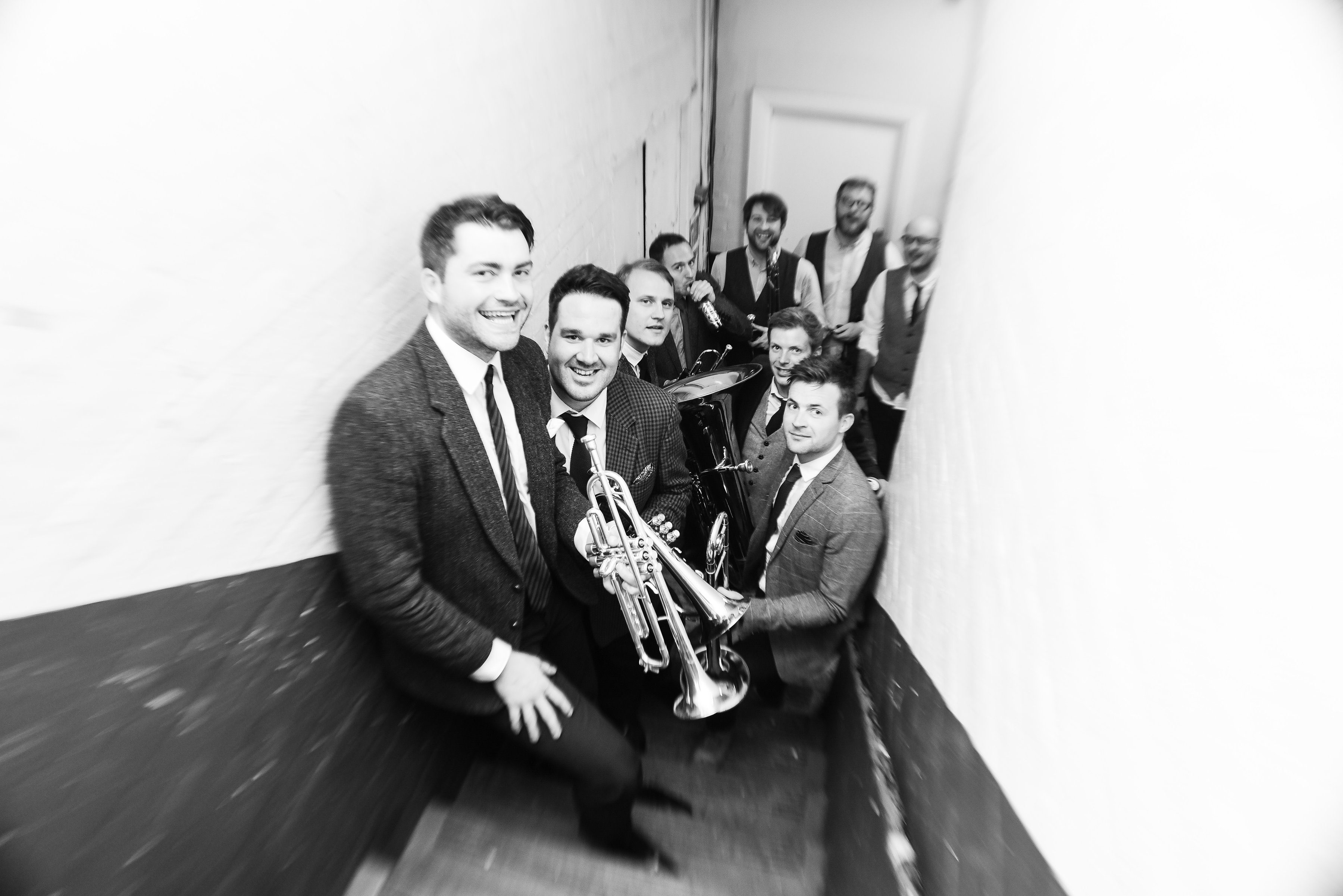 Getting the dance-floor jumping with joy

This tweed-clad 10-piece ‘Drum and Brass’ collective comprises of some of London’s leading freelance musicians, playing an eclectic fusion of pop, rock, hip hop, R&B, funk and soul covers that never fail to get any dance-floor jumping with joy.

Old Dirty Brasstards burst on the scene in 2012 with their exhilarating party jams and unique interpretations of indie classics. Formed in Forest Hill in the heart of South East London by trombonists Chris Smith & Richard Turner, they have wowed audiences at top venues such as Bush Hall, Hammersmith Apollo, KOKO, Ronnie Scott’s, the Roundhouse, Scala, Shepherds Bush Empire, Wilton’s Music Hall and XOYO.

In 2016, the band entered the studio to record their debut eponymous album. A stand-alone single “Paranoid Android” was released in 2017, accompanied by a live-action video remake of the original Radiohead animation by Magnus Carlsson. A festive EP “Sleigh Another Day” then followed in 2018, complete with a parody video of a classic East 17 ballad.

Since late 2018, the band has toured across the UK performing sell-out shows of iconic albums front-to-back in their entirety. So far the series has included covers of Arctic Monkeys’ “Whatever People Say I Am, That’s What I’m Not”, The Killers’ “Hot Fuss”, The Strokes’ “Is This It”, and a special 25th anniversary rendition of “Definitely Maybe” by Oasis.

In 2019, the band collaborated with the dance company Beyond Repair to create B:RAVE, a fully immersive spectacular show of club classics at 93 Feet East.