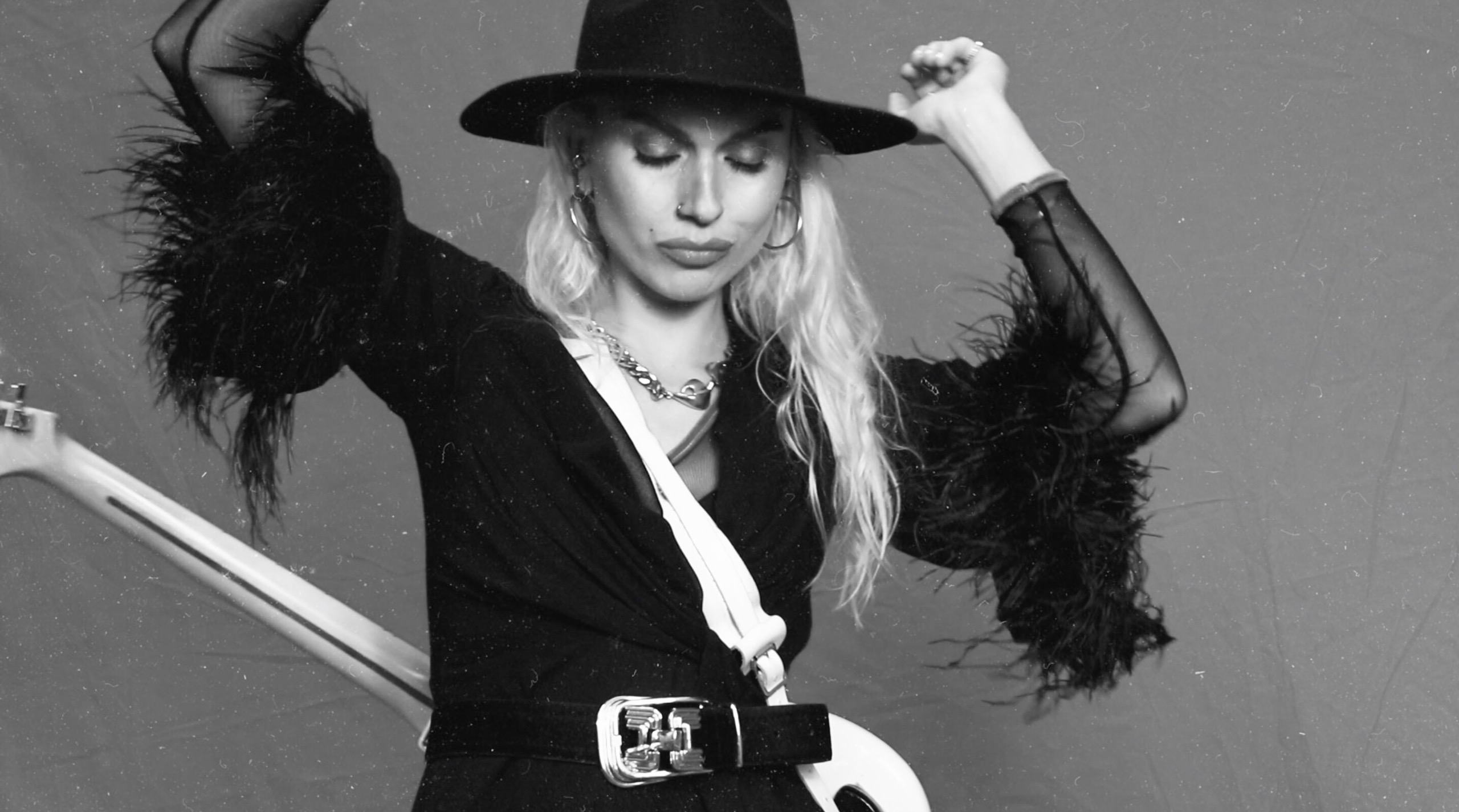 A voice that exudes soul

JJ Rosa is one of those rare and wondrous performers that find their way into music every decade or so. We are blessed. For she is real; she is beautiful; a voice that exudes soul; the mind to write infectious songs and hands that play some mean guitar like some unorthodox lovechild of Prince Rogers Nelson and Jimi Hendrix.

If you want to know where the future of pop music lies then look no further than JJ Rosa, a remarkable talent who exuberates all the confidence and ability of an artist who may well of been signed to Chess Records in the 60s like Howlin Wolf or Eatha Kitt, but manages to extoll the virtues of great female RnB/Pop sometimes stumbled on by the likes of a Lauryn Hill.

Originally from Manchester, but now based in London, JJ’s affair with music started playing piano and singing 'Happy Day' in her theatre school choir at the age of seven. Then, several years later, JJ found her love for electric guitar when she discovered, via her dad's vinyl collection, the guitar god himself Jimi Hendrix: her addiction to guitar began here.

That early talent slowly but surely blossomed to the point where Manchester legends Rowetta and Clint Boon, and Fleetwood Mac icon, Christine McVie are all singing JJ’s praises and now more recently Lauren Laverne, Labrinth, Jack Savoretti and Youngr are also amongst JJ’s ever growing fanbase!

JJ has been getting herself up on some big festival stages, having opened for Stevie Wonder and performed at BTS at Hyde Park, US Ambassadors Party in Regents Park, The Great Escape, Glastonbury, Isle of Wight, Festival No.6. The list goes on and is only getting bigger and better each year! She’s also performed in New York, around Europe, and as a Fender Ambassador, has played at Fender's 60th Stratocaster Anniversary and participated in many up and coming Fender guitar campaigns.

It's clear that JJ Rosa, now trying her hand at production, is creating a pretty unique cocktail that’s full of punchy grooves and drenched in attitude, raw emotion and drive befitting that of a new music icon. Her songs are catchy as hell and will no doubt be tearing up the charts in no time.

There are so few musicians that are as ambitious as JJ and have such a pedigree and potential. With the critics raving and the public already hooked, it will not be too long until the Manchester-born artist is one of the hottest names in music…

"I think ten years from now she will be the biggest artist out of Manchester ever, bigger than Oasis or New Order in terms of what she does. She’s so talented and possesses world class potential" - Clint Boon, Inspiral Carpets

"I was around to see Jimi perform 'Little Wing' in person back in the day and your interpretation made me emotional and gave me goosebumps" - Christine McVie, Fleetwood Mac