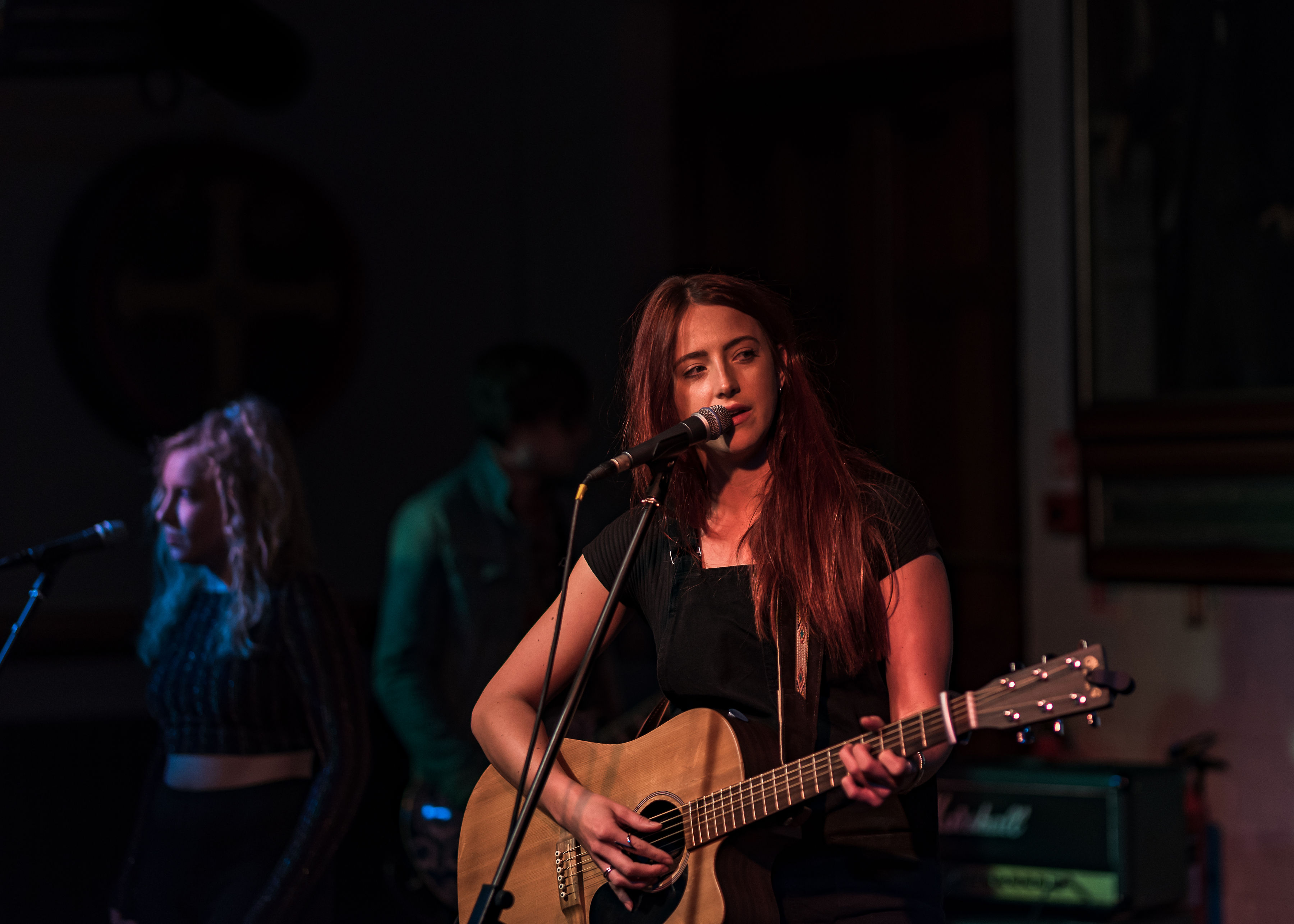 A haunting, soulful voice that transports you into another world

A Derby born singer/songwriter raised on a staple diet of songwriters such as James Taylor, Bob Dylan, and Bonnie Raitt. Influenced by the work of iconic female rock/pop/country stars such Linda Perry, Alanis Morisette, Pink and The Indigo Girls, Emma has honed and mastered a writing style that carries the depth and experience of a soul much older and wiser than her own, with finely crafted lyrics and catchy hooks.

Following her success in Nashville's ‘Bluebird to Bluecoat’ songwriting competition whilst studying at LIPA in Liverpool, she continued to stun audiences on her UK headline tour with Charlotte Eriksson (The Glass Child) and went on to support the likes of Lucy Spraggan & Another Sky, Adam Slack (The Struts) & Kelsy Karter.

While others spend hours on production to come up with their respective masterpieces, Emma just has to pick up her guitar and sing with her haunting, soulful voice and we are directly transported to her world. Her debut acoustic EP 'Don't Tell Me' was released in September 2017 and rock/folk anthem "For The Night" graced our ears in November 2018.

With over 60,000 streams on Spotify and a growing worldwide fanbase, Emma has not neglected to nurture her grassroots fanbase and has become the centre of the developing midlands music scene. She has gained extensive media coverage and online recognition for her movements in her local scene featuring heavily on BBC Radio Derby and BBC Introducing in the East midlands for both her own music and the events she is running locally. Most recently she organised and hosted “Buckley & Friends” where she hosted big name musicians such as Kelsy Karter and Adam Slack from the Struts.