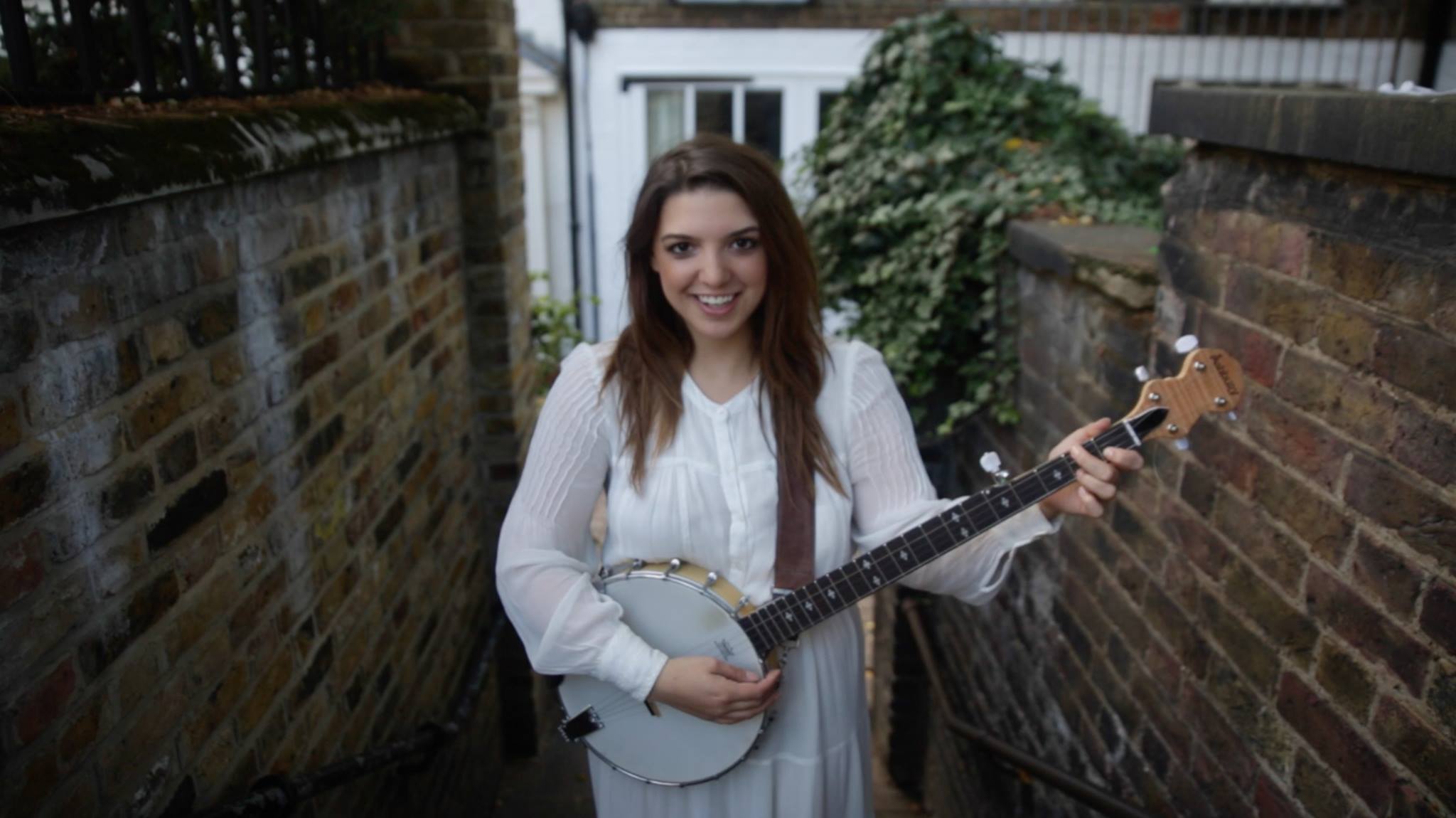 Edinburgh-born, half-American, hyphen-loving Daisy Chute is a folk songstress and multi-instrumentalist with a particular penchant for the banjo. Formerly of Decca’s platinum-selling classical group All Angels, she is excited to be working on her début album of original songs with producer and songwriter Tim Baxter (Andy Burrows, Editors, Nick Mulvey, Jasmine Thompson).

A regular in the London music scene and an award-winning singer and songwriter having just been awarded first place in the Coffee Music Project singer-songwriter competition, Daisy has been taught and mentored by rock royalty Sir Ray Davies, featured as a vocalist on Radiohead's latest album A Moon Shaped Pool, and even got the thumbs up from Sir Paul McCartney after a performance at the Royal Albert Hall.

One of Paul Sexton's 'top music tips' for 2018, Daisy's music has been compared to Simon and Garfunkel and Joni Mitchell (BBC Radio Kent) and her voice has been described as “Exquisitely delicious. Delicate, like a gossamer-winged creature made out of spun gold." Tony Moore (Soho Radio, The Bedford)