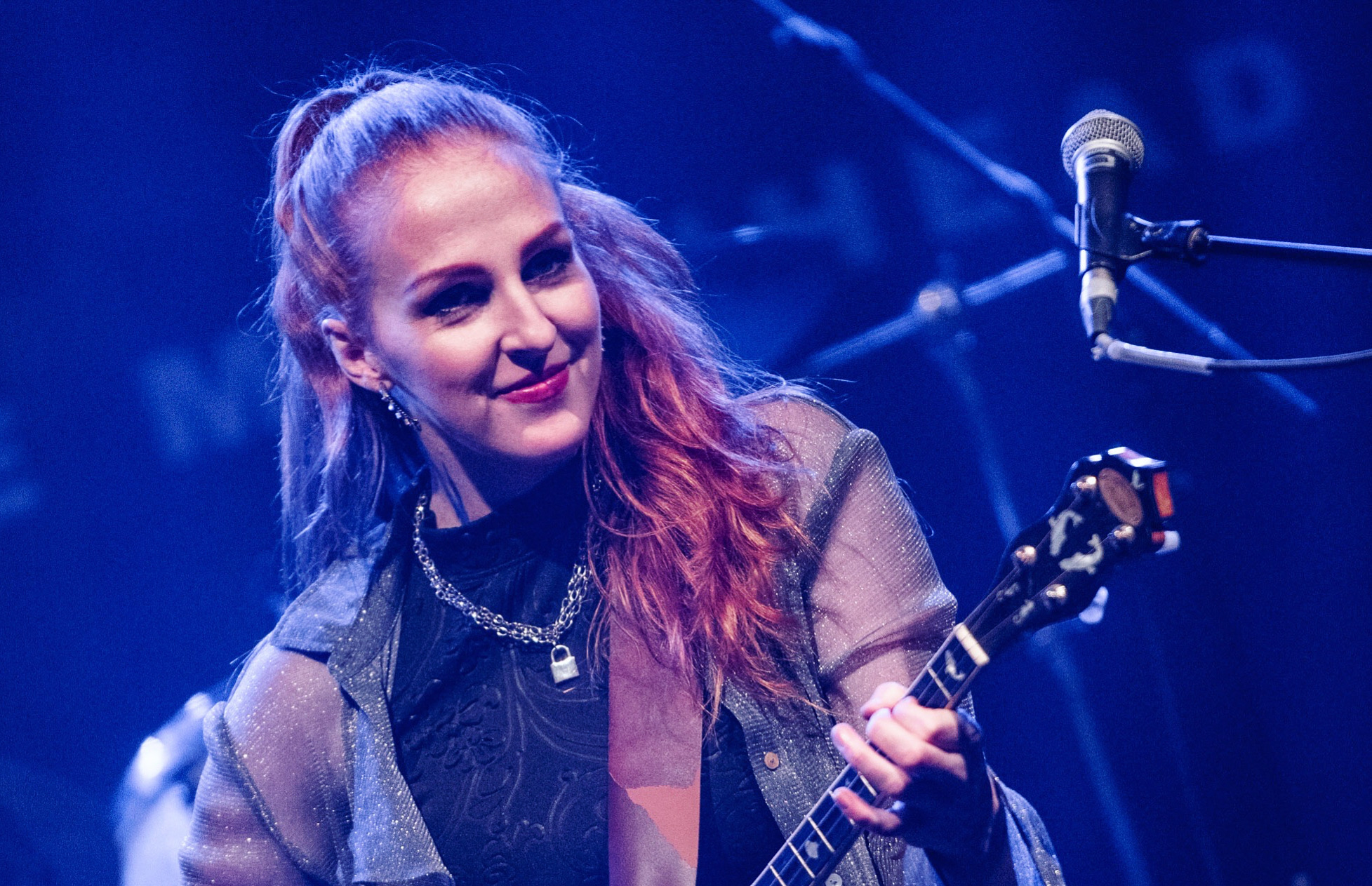 Hailing from Co. Mayo on the West Coast of Ireland, Lisa Canny grew up immersed in the traditional Irish music scene. 7-time All-Ireland champion on harp and banjo, Lisa has toured the U.S., Canada, Russia, France, Germany, Italy, UK and Ireland extensively as lead singer and music with groups Celtic Crossroads and The Young Irelanders, playing to live crowds of over 50k and appearing on PBS specials to millions, before deciding to go solo with her own unique take on eclectic folk. Lisa holds a BA in Irish Music and Dance and a MA in Ethnomusicology.

“Discovered” by Miles Copeland (The Police, CIA Records) at a gig in LA Lisa was swiftly flown over to ASCAPs Annual Songwriters Retreat to work with some of the industry's top artists, producers and songwriters, including members of The Kaiser Chiefs, Plain White T's, Mike Posnor, Priscilla Renea (Rihanna, Kesha, Madonna) and Hillary Lindsey (Taylor Swift, Carrie Underwood, Lady Gaga). As she began to write her own material Lisa found that she was inspired as much by pop and hip-hop music as she was the Irish traditional and folk music she was brought up on. Combining these elements, Lisa’s original music is truly unique. Her performances are high-energy, hard-hitting and highly entertaining.

"Canny doesn’t do twee and traditional. Instead she rocks the stage like a classically trained Janis Joplin" No More Workhorse Her debut single “Lifeline” was released June 2015 and went in at number 9 in the Irish charts. Her debut EP “Freedom” was released May 2018 and reached number 5 in the Irish charts. She is the “Future Music” Songwriter of the Year 2016 and was nominated for the same by UMA in 2018. She appeared on the Late Late Show in 2018, has shared the stage with the likes of Gavin James, Glen Hansard, Sinead O’Connor, The Coronas, Aslan, Horslips, Beverly Craven and Lisa Hannigan.

She is currently working on her next release having sold-out 2019 tour of Germany, Ireland and England. Pre-covid, 2020 was set to have Canny perform live on ITV Sport for the Ireland/Italy Six Nations Game (3 million viewers), play The Olympia Dublin twice in March (supporting Aslan and Horslips), play Iveagh Gardens in July, headline her debut show at the infamous The Jazz Cafe, London in Oct and tour France, Finland, Austria, Germany, UK and Ireland Oct-Dec.

She has amassed over 4 million online views and 50k online followers in the past 18 months.